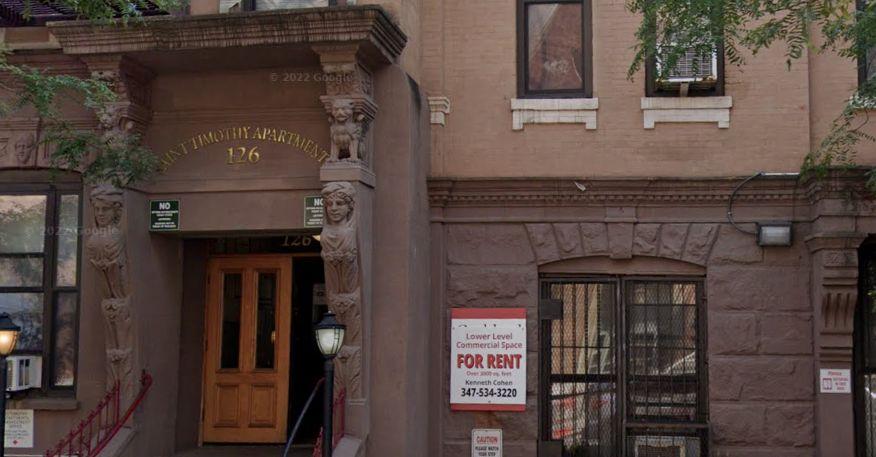 On Wednesday, January 18 at about 9:55 p.m., police responded to a call of an unconscious woman in a third floor apartment at 126 West 83rd Street, between Columbus and Amsterdam avenues.

Maria Hernandez, 74, was found “unconscious and unresponsive within the apartment, her hands and feet tied, with no other obvious signs of trauma observed,” police say.

EMS was called to the location and pronounced Hernandez deceased at the scene.

On Friday morning, the incident was officially deemed a homicide.

He “may have worked in the same building where she was discovered,” reports NBC.

According to public records, Mackey was arrested in August 2022 on charges of grand larceny, petit larceny, and burglary in the third degree.

Here’s an update from ABC New York, which reports the suspect is in fact a building worker:

UWS Parents Are Fed Up With Treat-Hating Principal