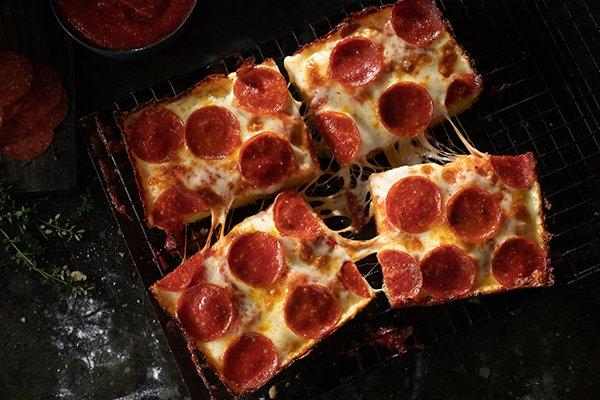 Jet’s Pizza will officially open on Thursday, August 4 at 728 Amsterdam Ave, between 95th and 96th streets. A soft-opening will take place on Wednesday from 5-8pm, when “guests will receive a free 4 Corner Pizza [pictured above] with up to three toppings or a specialty pizza, no purchase necessary, walk-in only, limit one per person, while supplies last.”

Jet’s was established in 1978 and has long-specialized in Detroit-style deep dish pizzas, though it’s expanded to also offer New York-style slices, thin crust and more. 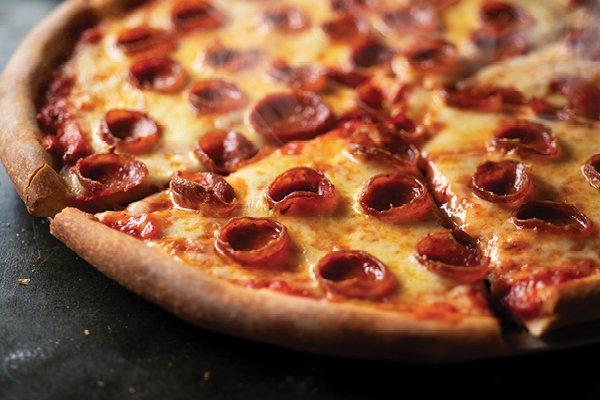 “When people think “Deep Dish” they might think of a pizza with a thick, dense, & heavy crust. But what characterizes Jet’s Detroit-Style pizza is a light airy center, loaded with toppings, surrounded by caramelized cheese and a crispy, square, golden crust that is baked to perfection,” states Jet’s website.

The secret, apparently, are the Detroit-made steel pizza pans they use. “Each pan retains & distributes heat evenly turning our pillowy dough into a porous center with a crispy, crunchy golden outside crust.”

Jet’s also offers salads and wings, and some of its signature pies include its Aloha BBQ Chicken, Buffalo Ranch Chicken, and Hawaiin.

Nationally, Jet’s is a popular pizza place with a huge following — though reviews for its Manhattan locations are very mixed. The UES location’s got a 3.6 (out of 5 stars) on Google and a 3 on Yelp; the West 18th Street spot has a 4.1 on Google and a 4 on Yelp.

Planning to try it? Let us know your thought in the comments below!

LOOK INSIDE: The Newly Opened Harry’s Table by Cipriani

Jack’s Stir Brew is Coming to the Upper West Side!