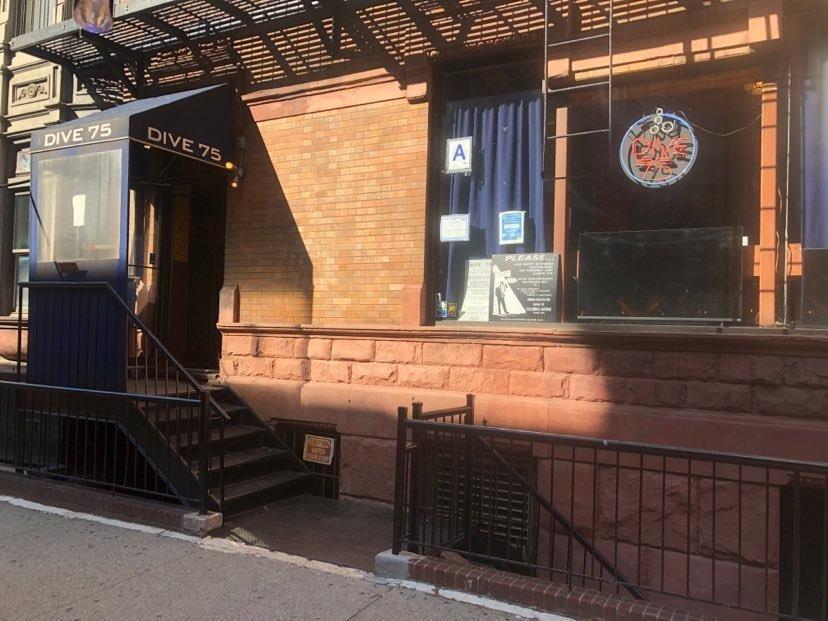 A local favorite since 1999, Dive 75 is known for its 15 rotating taps of quality brew, free candy, fun board games, comfortable couches and friendly faces.

And this killer fish tank. 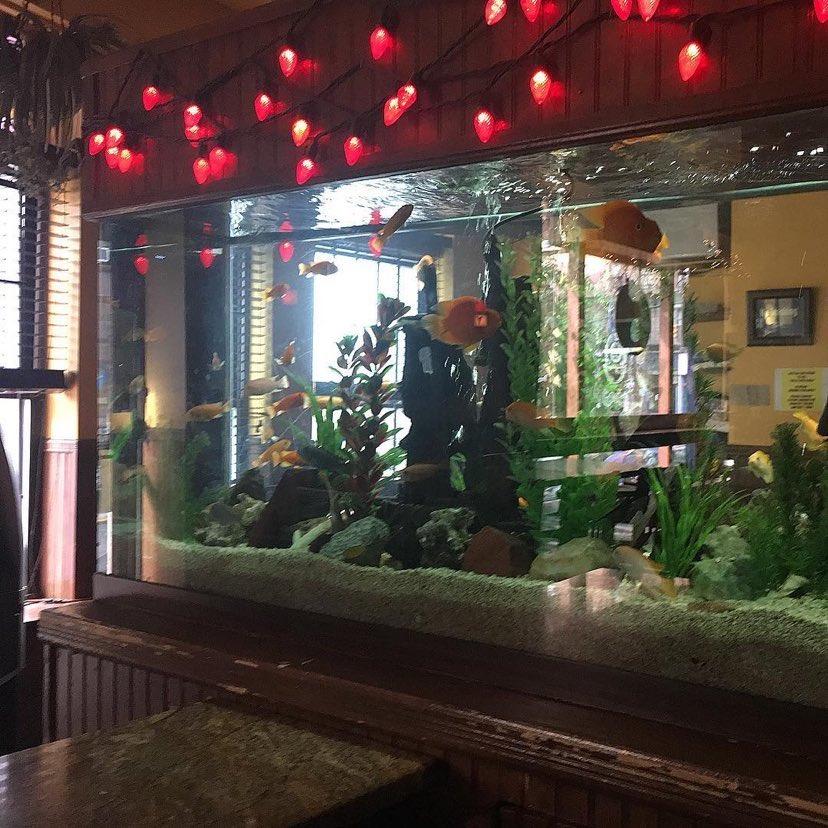 Taken by our editor during a 2016 field trip.

But they’ve also got a pretty sweet trivia night; dare we say the best in NYC?

One thing that sets it apart are the questions themselves … it’s known for being a bit more challenging than others.

So you’ll need to bring your A game.

If you’re someone who angrily chucks their remote at Channel 7 a few minutes after 7:00 p.m., this might not be for you. You know who you are.

Another thing that separates Dive 75’s trivia night is that it’s not loud or intrusive. If you’re sensitive to noise, they’ve got the questions displayed on a screen (no hosts yelling into a mic). And if you’re there for the beer or a conversation, you won’t be interrupted. 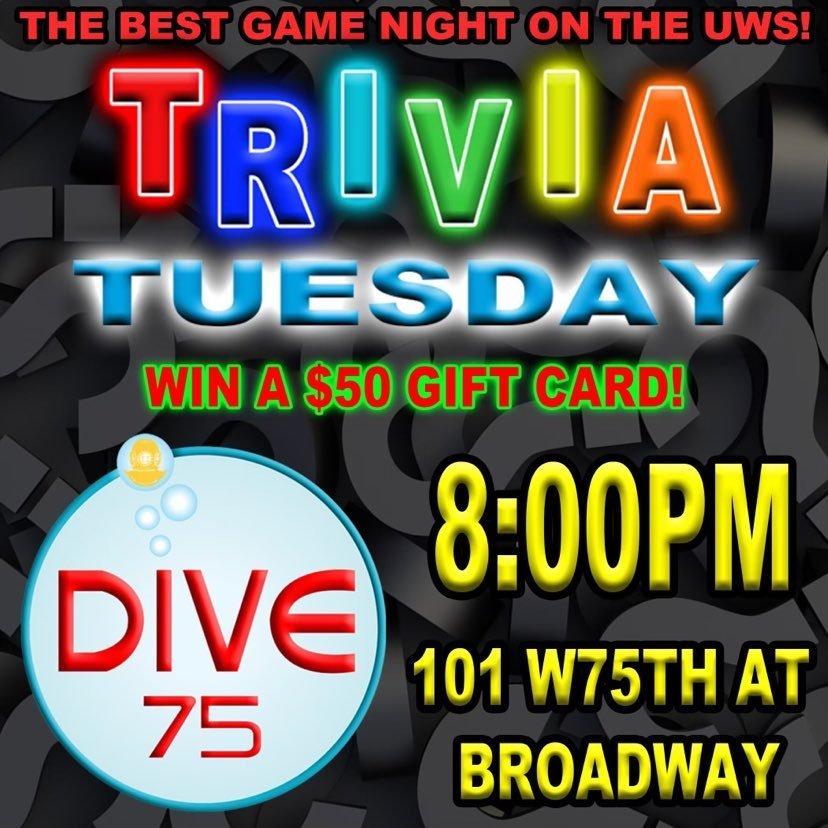 If you don’t come out victorious, you can always drown your sorrows in a vast array of IPAs, ales and peanut M&Ms. 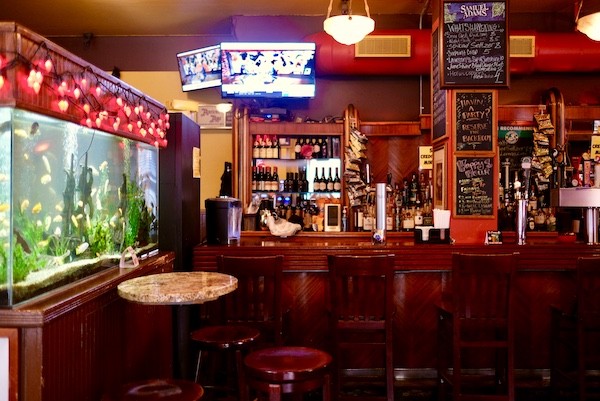 There’s also a Tuesday trivia night at the other three Dive Bars … and a great reason to visit each and every one of them:

Tavern on the Green to Reopen this Month