NYC’s Department of Buildings has given the developers of 200 Amsterdam Avenue permission to continue work on the building, The City reports. This comes just two weeks after the developer, SJP Properties, agreed to put a pause on construction in response to the state’s pause order.

The City reports that workers were back at the construction site as of Thursday, April 23rd.

The news outlet reported a statement from the DOB, reading “The 200 Amsterdam Avenue location was approved for additional emergency work for the issues of potential safety and health concerns due to wind forces, damage to partially installed equipment, and water infiltration of the incomplete building envelope.”

The DOB further defended the need to continue work on the new development, as the unfinished exterior wall may allow for wind tunnels which can create safety issues.

Opponents of the continued project remain doubtful that leaving the building in its current form would create the safety hazards the developer and the DOB describe.

In a co-authored letter written to Mayor de Blasio on April 24th, Linda Rosenthal, Scott Stringer, Brad Hoylman and Helen Rosenthal expressed their opposition to the DOB’s decision to grant the developer construction permits for “emergency work” at the building.

The letter questions the importance of of completing the unfinished facade as it relates to safety. “Is DOB mandating that all sites complete their unfinished facades during the pandemic, or does this issue somehow only apply to 200 Amsterdam Avenue?,” the letter asks.

SJP Properties states that it will gradually increase the number of workers at the site in order to follow appropriate social distancing guidelines, while providing its employees with PPE and regular health checks. 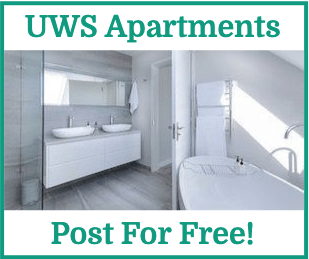