Home
Community
Earth Day on the Upper West Side

Get excited for Earth Day on the Upper West Side! Each year, Earth Day unites us as one global community to take a stance towards building a future where clean air is the norm and carbon emissions are drastically reduced. It’s easy to take for granted the two beautiful green zones that border the West Side. On any given day we can catch some rays on Central Park, experience a moment of peace in Septuagesimo Uno or another one of our wonderful community gardens, or jog along beautiful Riverside Park. Even though New York is one of the greenest cities in the world, there are many ways in which we can reduce our own carbon footprints. Learn about what you can do by reading below.

This year’s Earth Day is a special one since not only is it the event’s 46th anniversary but it is also the first Car Free NYC Day ever. Some streets along Broadway will be shut down to oncoming traffic in an effort to get rid of car emissions to make the city more reliant on public transportation. Earth Day got its start right here in NYC when a group of environmentally conscious students from Columbia University decided to take action against pollution. During the first Earth Day celebration in 1970, the mayor decided to shut down Fifth Avenue and make Central Park available for the occasion. The event turned out to be a huge success and saw a crowd of more than one million attendees. Their efforts have contributed towards a global movement where individuals around the world decide to turn their phones off and head outdoors for a day in company of nature. Here are some of the activities you can do for this coming Earth Day:

A free event called Stop “N” Swap will help you celebrate the event in an unconventional way. In order to participate, you can bring some clean and reusable items from home such as clothing, games, books, or toys, and in return you can take something new home with you! This healthy exchange promotes reuse and reduces waste which benefits the ecosystem. This Stop “N” Swap will take place from 11am to 2pm at the Lillian Weber School of the Arts on April 17. 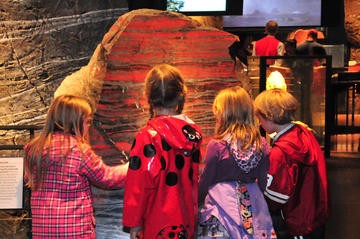 The American Museum of Natural History is hosting an event for students on April 22 that will help them understand the way the world works through a series of engaging activities. Students will get a unique chance to explore the museum’s collection of geological specimens from around the world and get to learn the process behind several scientific methods and what causes plate tectonics to move.

Central Park will be giving thanks to Mother Nature with an activity prepared for the little ones. “Keeping it Green for Families” will teach children about what the Earth does for us and what we can do in return to keep her healthy. The whole family will get to help keep Central Park green by spreading mulch or raking leaves while spending some quality time together.

Over on the Upper East Side, the MAGIC Activity Center will be hosting a fun workshop where kids get to make their own paper, play a recycling game, and perform a science experiment with oil and water. Harlem will also be joining the city wide festivities with the fifth annual Earth Day triathlon. The sportive event has the mission of promoting the benefits of a healthy lifestyle and educating the younger generations about the upcoming challenges of global warming. Morning Side Park will be the site to host the bike, running, and yoga triathlon as well as plenty of other fun activities for children to enjoy. 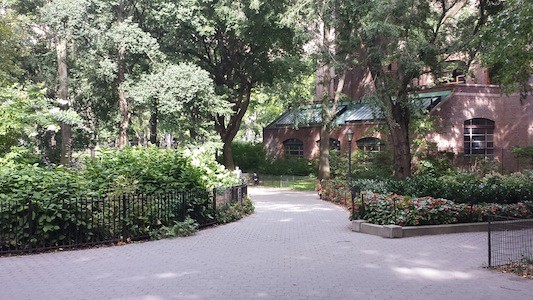 A great way to spend the day of the event would be by going over to Theodore Roosevelt Park. This tranquil area of green space symbolizes the meaning behind Earth Day. The park used to be neglected and and the land was bare and empty holding nothing more than dead plants on its surface. Fortunately, community helpers restored the park and converted it into what it’s today. A peaceful stroll through the park reminds us that we need to take care of our planet. 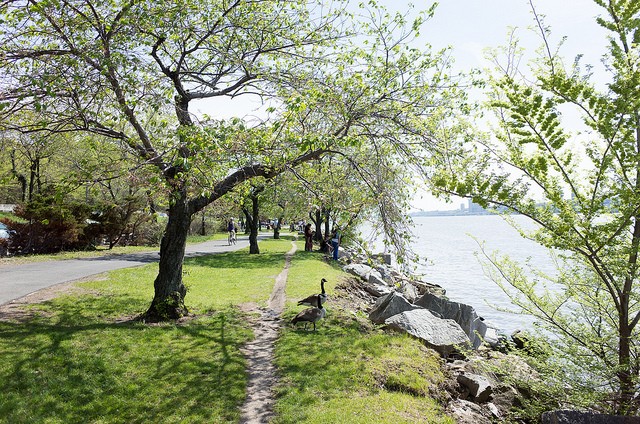 Since Earth Day falls on a Sunday, a picnic by Riverside Park or a long bike ride through the neighborhood will surely make for a fun day out. You can also celebrate the event by doing something so simple as planting a new tree or picking up litter by the beach. Other ideas to contribute to the day’s cause can be by turning off the electricity of your apartment or recycling items that you no longer use.

As Earth Day approaches, we must remind ourselves to give thanks to Mother Nature and take a moment to think about the Earth’s current state of affairs. What can we do to prevent further damage to our ecosystems before it’s too late?