It would actually be more appropriate to say that she’s THE Piano Matchmaker™. Since “piano matchmaking” is not really a thing. Unless you’re Erica Feidner, who became famous for it.

To sum up this skill in as few words as possible: Erica has the unique ability to match the perfect piano to anyone looking for one, whether they’ve ever played or not. “Every piano is born with its own personality – as is every individual – and I match them up!” she says.

The other unique skill she’s developed is the ability to teach her students how to read music and play the piano in a single lesson. That’s right … one.

And while she’s not crazy about the word “sales,” her time working at Steinway Hall on West 57th Street led INC.com to name her one of the “10 Greatest Salespeople Of All Time” – along with legends like Dale Carnegie, Mary Kay Ash and Larry Ellison.

A feature film about her is also in the works. It’s based on an article about her which was published in The New Yorker in 2001 by James B. Stewart. The rights to the movie were recently purchased by Tessa Ross (think Billy Elliot and Slumdog Millionaire), who in 2009 was named by ‘Time’ magazine as one of the hundred most influential people in the world.

Backing up a bit …

A number of life events helped Erica grow the skills she’s become recognized around the world for. And the first of those events was being born.

Erica grew up in Vermont in a family of 7 pianists – in a house with 26 pianos.

She started playing at the age of 3, and became an instructor at 9. Erica was awarded a scholarship to Juilliard Prep at the age of 10, and soon began making a five hour commute (each way) from Vermont to the Upper West Side every weekend by herself. She made her first solo orchestral debut when she was 11.

As a child, her family would have 40 kids from all around the world live in their house every summer to attend a piano camp they ran, exposing Erica to different cultures from the very start. She’s always been around lots of people. And lots of pianos.

Later during college, Erica saw an ad for the Miss America Scholarship Pageant and, motivated by the financial reward – which was enough to buy herself a fine piano – decided to enter. She won a talent award on the Miss America Stage, so being crowned Miss Vermont is also on her resume. 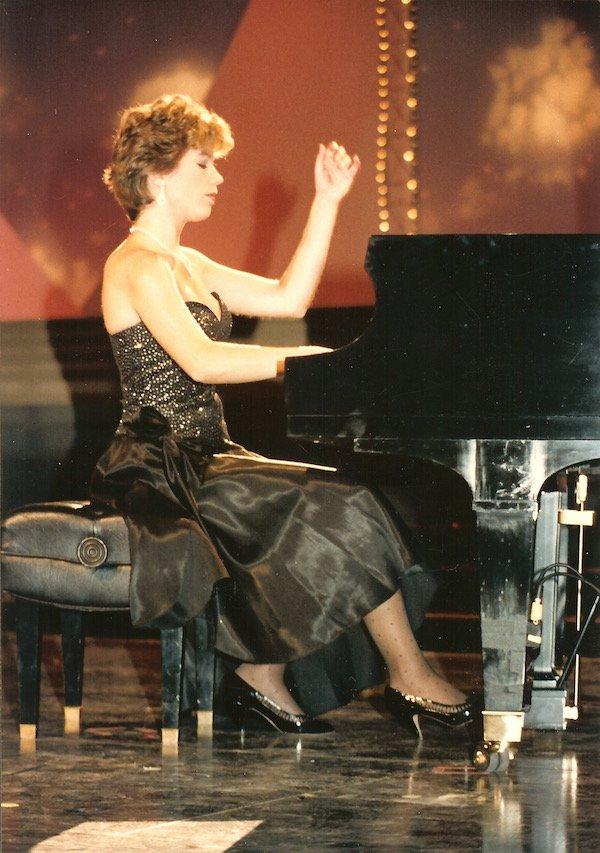 Erica on the Miss America stage in 1985

But her career as a concert pianist came to a screeching halt after college. Following a skiing accident which left her with an injured hand, she rethought her life and decided to pursue an MBA and enter the business world. She stopped performing entirely and would soon make her way to Steinway Hall.

Here, she not only became the top salesperson in the entire company for close to a decade, but became known around the world for it.

Oh: she’s also had a successful career coaching Fortune 500 company top executives including those of PricewaterhouseCoopers.

Following her time at Steinway, Feidner also became a patented inventor – creating a process to help her students learn how to read music and play the piano in a single lesson.

In addition to offering lessons using this process, Erica makes them truly enjoyable. “If my students aren’t having a great time, that’s on me,” she says. 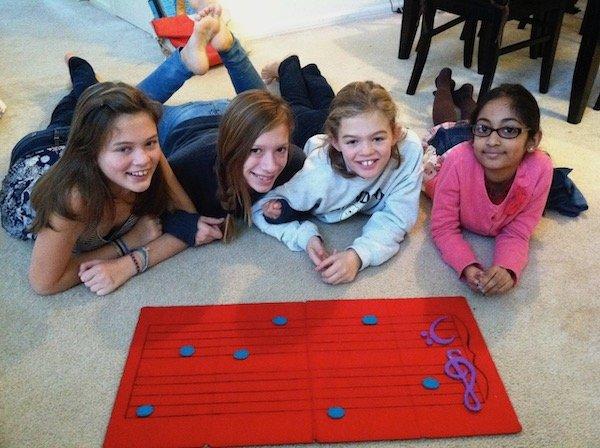 Learning to read music with games!

If you want to learn to play the piano or need help finding one – or if you just want to meet an incredibly inspiring person – you’ll want to get in touch with Erica Feidner!

(For those looking for a piano soon, contact Erica right away at 203.644.9197. She will make an appointment for you (required by Steinway), and meet you at the annual Steinway factory sale* taking place May 13-16.

We’re Still Cheering. But What’s This Really About?