It’s difficult to imagine New York as the city we love and know without its famous skyline and infrastructure. Landmark West invites New Yorkers to its upcoming event called “Loveable New York: Buildings c. 1830-1930” on October 2nd at SPACED: Gallery of Architecture at 542 West 110th Street from 5-8 PM.

The free event will feature an exhibition of prints, photographs, and paintings of New York buildings from 1830-1930. Some of these buildings may be recognizable to some because these structures still stand today. That’s because almost half of them are officially landmarked.

Lovable New York promises to include different architectural styles such as the Beaux-Arts Classic Eclectic Style, which were built in the two decades around the 1900s. The last grasp of the Roman Eclectic style will also be featured. This style can be found in the Upper West Side, particularly by the Central Park West façade of the American Museum of Natural History. An etching of this façade (made by Hugh Botts in 1936) will also be featured in the exhibit.

Recommended: Old Photos of the Upper West Side

Take a virtual trip down memory lane with these famous buildings such as: Trinity Church (1836) in Wall Street, the Upper West Side’s own Dakota Building (1884), the Chrystler Building (1930) in Midtown. Monuments such as Grant’s Tomb (1897) in Morningside Heights and the Maine Monument (1913) located at Columbus Circle will also be included. 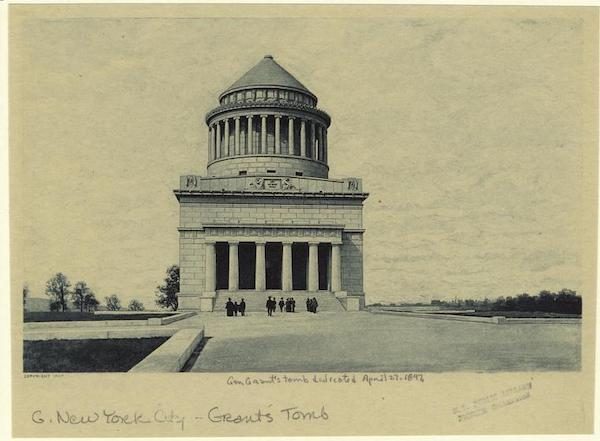 A portion of the exhibit sales will be donated by SPACED gallery to support Landmark West. This award-winning non-profit organization works to achieve landmark status for individual building and historic districts on the Upper West Side (such as James Baldwin’s apartment last week). Their mission is to protect these historical structures from insensitive change and demolition. Since 1985, Landmark West has been proud stewards of over 3,200 designated architectural and cultural landmarks.

RSVP to attend this event here.

Join the Upper West Side newsletter for more upcoming events: