Multiple buildings at 108th and Broadway were impacted by a fire on Monday night.

An FDNY spokesperson told us that the fire was first called in at 8:57pm from 241 West 108th Street. A second alarm was set off, at which point 106 firefighters and EMS workers “chased down an electrical fire which ignited a gazebo as well as the 4th floor of the multiple dwelling.” 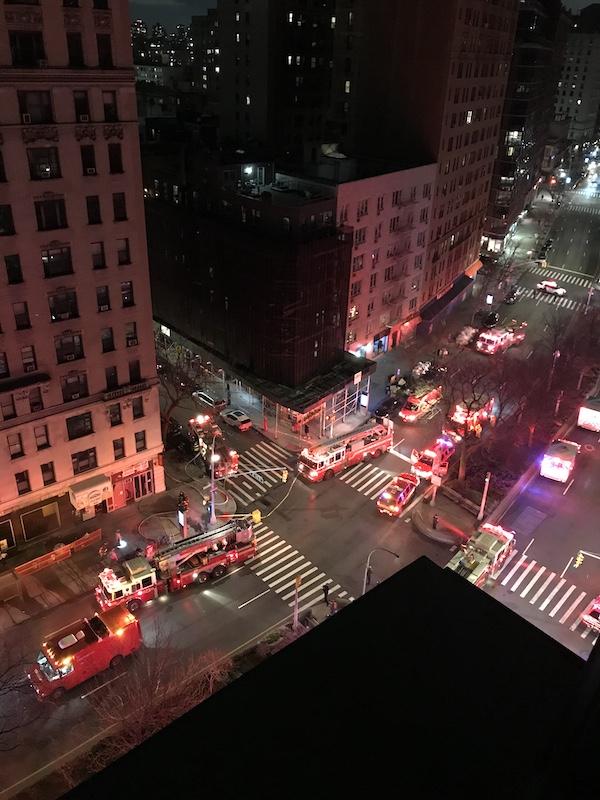 “The neighboring buildings had power loss due to fire extending from the manhole. Members on scene investigated and ventilated any areas affected by carbon monoxide,” the FDNY spokesperson added.

We’ve been told that the incident was placed under control at 11:56pm, thankfully with no injuries.

In other news of non-fatal carnage, KT Collection, located at 276 Columbus Avenue at 73rd Street, announced on Monday that its storefront window withstood multiple blows.