Friedmans is opening a new location between 61st and 62nd Streets on West End Avenue, a sign in the storefront window indicates. 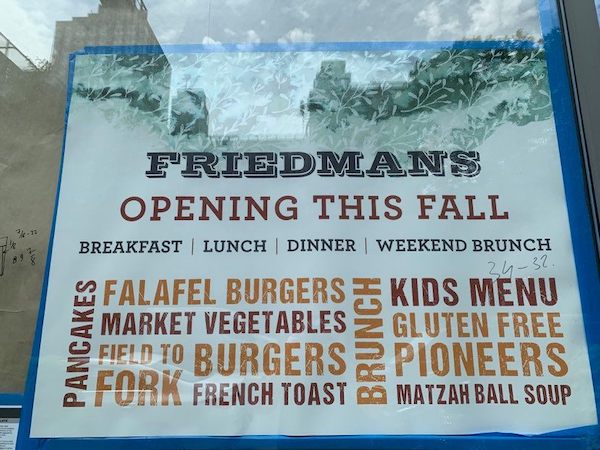 Friedmans has another Upper West Side location at 130 West 72nd Street, between Amsterdam and Columbus Avenues, which opened in 2018. They’ve also got an outpost near Columbia University at 1187 Amsterdam Ave, between 118th and 119th Streets.

Founded in 2009, Friedmans is a family-run business named after economist Milton Friedman. The small chain (they have seven total NYC locations) is popular for its gluten-free menu of comfort foods like pancakes, waffles, and fried chicken.

As most of our recent food-related announcements have been about closings, we’re excited to see Friedmans expanding.

A number of other food and drink venues will also be opening (eventually) in the Lincoln Square neighborhood: