Home
Real Estate
From Gilded Age to Chamber of Horrors: Dickensian Extremes at the Astor 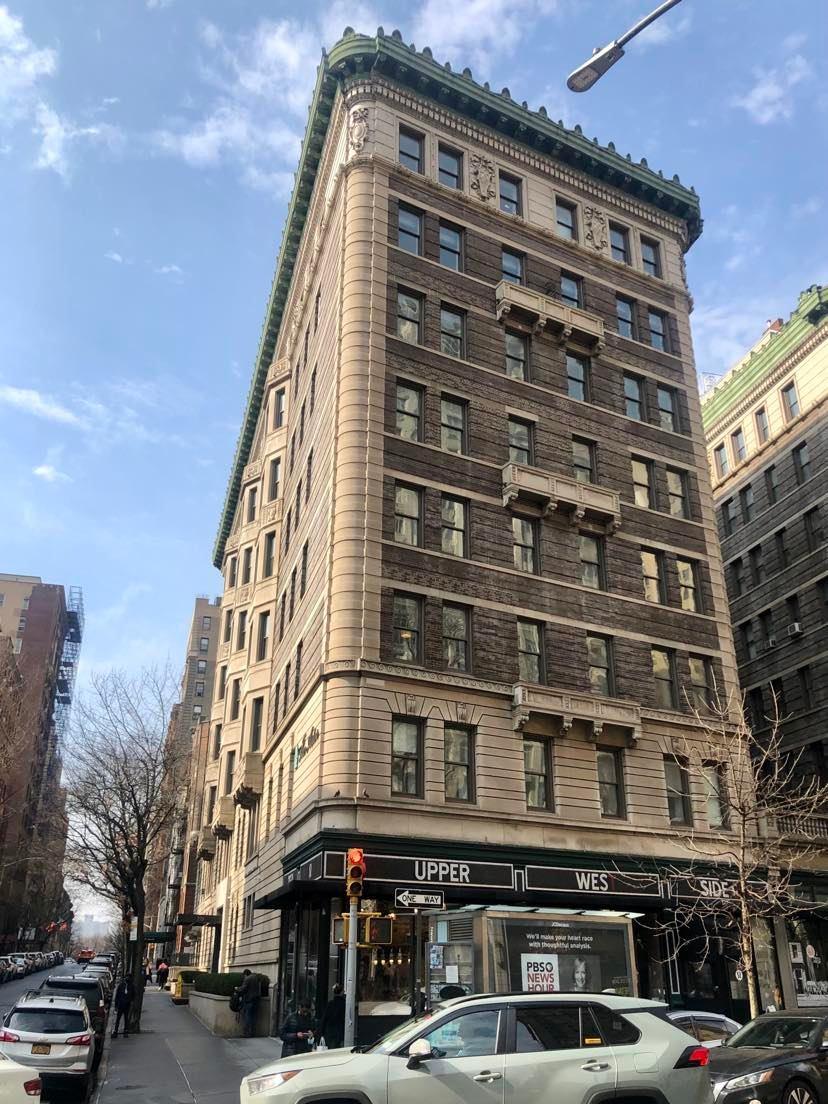 The splendid mansions of the Upper East Side are what we think of most often when we think of the Gilded Age, but the era’s ruling real estate family, the Astors, had interests on the Upper West Side as well. One of the developments constructed by William Waldorf Astor encapsulates the extremes of New York life since 1900 perhaps better than anywhere else in the city. His Astor Apartments, at 235 West 75th Street, housed the new rich of the area before becoming notorious in the 1970s as a “chamber of horrors” and then being renovated as a luxury condo — one that once housed Barneys but which now has many empty storefronts.

William “Willy” Waldorf Astor (who built the original Waldorf hotel and the Apthorp) was a cousin of real estate magnate John Jacob Astor IV, the country’s first multimillionaire, who died on the Titanic in 1912. William had a public feud with John Jacob’s mother, the gatekeeper of New York society, which resulted in William’s permanent departure to England. He kept a hand in New York real estate, though.

He built the Astor Apartments, on Broadway between 75th and 76th streets, during the early 20th-century building boom, when the Upper West Side was becoming a magnet for affluent new Yorkers, drawn by Central Park and the IRT, the first official subway line. He purchased the land from New York State Senator William Kelly, who had built a single-family house there. Before that, in the 1700s, a prosperous Dutch dairy farmer’s house, the Somerindyck house, stood on the site.

The first two towers of Astor’s interconnected apartment complex were completed in 1905. The elegant Renaissance Revival buildings — with their gray-brick facades, rounded limestone corners and copper cornices — were designed by architects Clinton & Russell. The 42 apartments were composed of suites from seven to nine rooms. Annual rents ranged from $1,200 to $3,000. A third, 12-story tower on the northern side was designed in 1914 by architects Peabody, Wilson & Brown to accommodate larger penthouse apartments.

The buildings were U-shaped with “deep light courts” to satisfy the Tenement House Act of 1901, which required all apartment buildings to have a window overlooking a street, yard or light court.

Some of the building’s first residents included a wealthy widow, her automobile importer son, the head of a cotton goods manufacturer, and later, a principal in a seafood business at Fulton Market. (The market was soon to come under investigation because of mob ties, but the businessman testified that the market was being run just fine.)

But by the mid-1940s, people wanted to live in more modern buildings. In 1944, The Astor was carved up into a 584-room “single room occupancy” hotel called the West Side Towers and storefronts were added. As the decades wore on, the West Side Towers’ fortunes declined as did those of the troubled city, until they couldn’t get lower.

By the 1970s, the “welfare hotel,” as it was called, had become a hotbed of crime, and Attorney General Louis J. Lefkowitz called it an “incredible chamber of horrors” in court filings seeking to evict criminals. Community members reported that pedestrians had “been hit by paper bags containing human excrement and urine, and that the bodies of dogs and humans have been seen flying out of windows”; that junkies were shooting up in front of the building; that pimps and prostitutes accost passersby “practically 24 hours a day” and “crapshooters block the sidewalk”; and that “knifings and clubbing take place every day.” Another article decries the high number of murders there and at other SROs, and Geraldo Rivera made a visit in 1974 to expose the building’s dangerous conditions.

Lefkowitz directed the owner of West Side Towers, an elderly woman named Minnie Smith, to show why she “should not be restrained from operating the … premises for illegal purposes.”

READ MORE: Kerouac, Ginsberg, and Burroughs – and a 1944 Murder in Riverside Park

But Lefkowitz’s efforts did not succeed. In 1974, in more court filings, he said crime had in fact increased and he described the managers as “Fagins  … spreading sickness, death and despair.”

By 1975, all of the tenants had been forced out. Advocates pushed to convert SROs, including the West Side Towers, into safe housing for the elderly.

But instead, the buildings were sold in 1977 to a developer, Herbert Mandel, who promised a return to their former grandeur. He began a gut renovation to convert them to 220 units under the city’s J-51 tax abatement program for housing improvement. Rents started at about $260 a month for studios and up to $540 for two-bedrooms. The real estate brochure called it “a stately reminder of New York’s splendid past which cannot be duplicated today,” according to Daytonian in Manhattan.

But in 2011, preservationists were horrified to find that the two ornate marble columns that flanked the entrance had been demolished as part of an effort to “update the lobby,” and they moved to include the complex in a proposed extension of a historic district. That happened when the West End-Collegiate Historic District Extension was designated in 2013.

A year later, Ziel Feldman’s HFZ Capital bought the property for $119 million to convert it into a 98-unit luxury condominium and commissioned architects Pembrooke & Ives to help. The firm restored the facade, the Juliet balconies and copper cornices, as well as the lobby’s mosaic tilework and marble details.

The units were conceived, says HFZ’s website, as “horizontal townhouses,” each with wood-burning fireplaces and beamed ceilings.

What will the next phase be for the Astor? There are currently two four-bedroom apartments for sale there, a 2,400-square-foot unit for $5 million and a 3,200-square-foot unit for $7.3 million. But it doesn’t look rosy for retail at the moment. The storefronts were all filled as of 2013 — with Barneys Co-op, The Art of Shaving, Stuart Weitzman, Papyrus and L’Occitane. The high-end Barneys store closed in 2018, around the same time The Astor’s conversion was complete, as did The Art of Shaving. The Stuart Weitzman shoe store and Papyrus stationery shop closed their doors in 2020. And L’Occitane shut down last year. Now there are just two stores: Lululemon and 260 Sample Sale, for bargain-hunters, giving the strip on Broadway a ghostly feeling.

If one were to indulge in the idea of ghosts, then one can imagine the luxury building filled with those affluent swells and wealthy dowagers jostling for the right-of-way on the marble stairway with old Minnie Smith and the unsavory residents of her flophouse. Only in New York!