On Monday, March 4th, 2019, the Guides Association of New York City will host their 5th Annual GANYC Apple Awards at the SVA Theatre on West 23rd Street. The tagline for the event is “Those who know New York best, honor the best of New York.” This association was started by licensed professional tour guides in 1974. In 2015, a small committee of this now 300+ membership organization put on their very first awards show at the Upper West Side’s beloved Symphony Space.

In their second year they sold out the venue, and decided to seek a larger space to fill, which was when they moved the show to Chelsea. But regardless of where the event is held, nearly every neighborhood finds some sort of representation within the 13 trophies handed out and the many nominees, presenters, and hosts who attend.

Aside from its original venue, the GANYC Awards have shown plenty of love for the Upper West Side—and not just because the show-runner happens to be a native to the area. The New York Historical Society was honored with the first ever Outstanding Achievement in NYC Culture award, which was presented to Kathleen O’Connor.

The event begins at 6:30pm with a VIP Reception that will, for the first time, include some live music as well as opportunities for red carpet photos. At 8pm, the show begins with hosts The Bowery Boys, who have an award-winning podcast, book about NYC history, and a new walking tour company.

In addition to the 11 competitive winners being announced, the two-hour show will include an in-memoriam presentation, a Guiding Spirit Award presented to GANYC member Nina Mende, and a Lifetime Achievement Award for Rozanne Seelen, of the famed Drama Book Shop.

Tickets for the show are $50.00, and $75.00 includes admission to the VIP reception. There will be an after-party at a nearby venue for all attendees to enjoy. Discounts are available for groups of eight or more, and may be requested via email: awards@ganyc.org

For press passes, please contact publicrelations@ganyc.org Tickets can be found on Eventbrite, and more information about GANYC and the Apple Awards may be found on their website, ganyc.org. 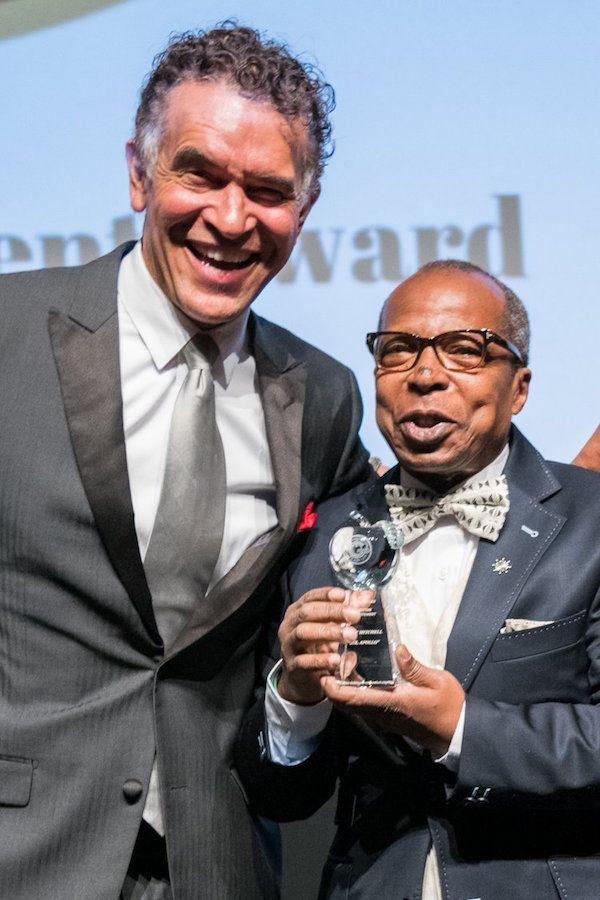