This December, audiences of all ages and magical abilities can experience Harry Potter in concert at Lincoln Center. Harry Potter and the Sorcerer’s Stone will be scored by John Williams live at David Geffen Hall from December 11th to 14th, with ticket prices ranging from $79-189. Justin Freer will conduct the show, which will be 3 hours long with an intermission. 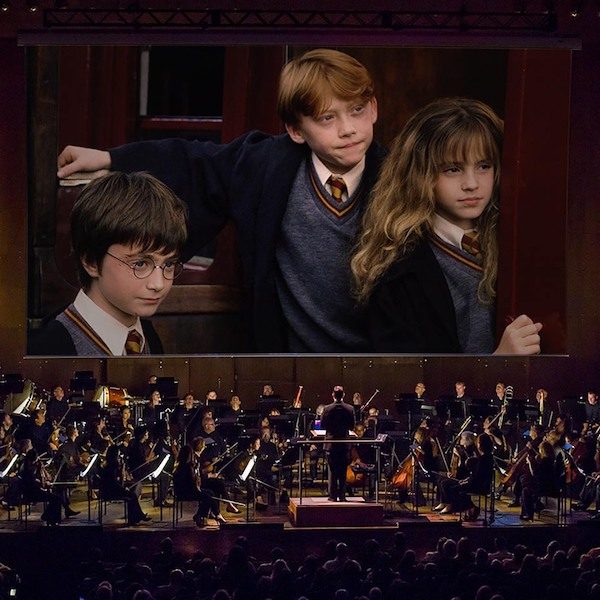 Throughout the years, the Harry Potter film scores were composed by different musicians such as Williams, Patrick Doyle, Nicholas Hooper, and Alexandre Desplat. John Williams already has a long list of iconic film scores under his belt including Star Wars, Jaws, ET, Superman, Indiana Jones, and Jurassic Park.

Williams composed the first three Harry Potter films in the series. “Hedwig’s Theme” is what fans closely identify as the main theme of Harry Potter since it was featured in all eight films. Be prepared to have your heartstrings tugged as the orchestra plays “Leaving Hogwarts” as well.

Harry Potter and the Sorcerer’s Stone, directed by Chris Columbus, is based on J.K. Rowling’s first book in the series. Long before Harry Potter (Daniel Radcliffe) was the Triwizard Tournament Champion or Undesirable Number One, he was an orphan who lived in the cupboard under the stairs at No. 4 Privet Drive.

All of this changes on his eleventh birthday, when Harry discovers he is not only a wizard but is also famously known as The Boy Who Lived. Join Harry aboard the Hogwarts Express as he journeys to the Hogwarts School of Witchcraft and Wizardry where he makes friends (and enemies), learns about Quidditch, fights a troll, and ultimately learns more about Voldemort.

Whether you’re a Gryffindor, Ravenclaw, Slytherin, Hufflepuff, Muggle, or Squibb, everyone is invited to experience the magic of Harry Potter live in concert.

Holidays with the Philharmonic is a series of fun and festive concerts to celebrate the holidays.

Interested in seeing this very special Harry Potter in concert at Lincoln Center? Check out the website for ticket prices and schedule.

More performances + events to check out: