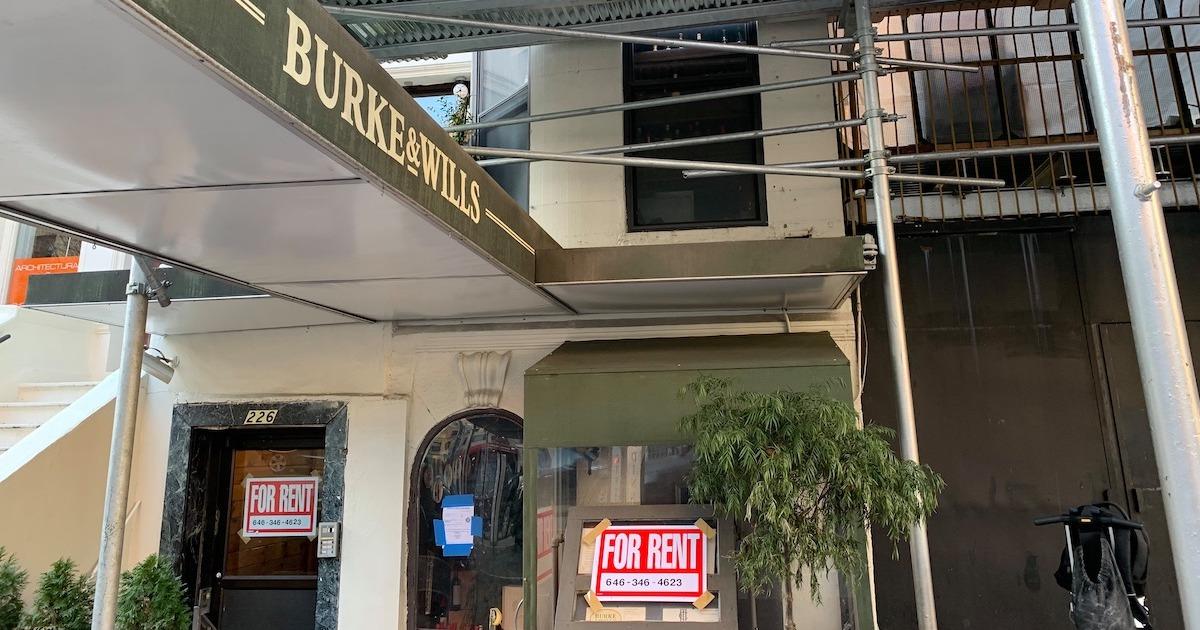 An Upper West Side local is preparing to open an American-style eatery at 226 West 79th Street (between Broadway and Amsterdam) this fall.

The space was previously occupied by Burke & Wills, which closed in 2020 following claims made by former employees against the owner of the Australian restaurant and bar.

The owner of the soon-to-open restaurant, Brian Staub, spoke to us about his plans to transform the space into what he’s calling Haven UWS.

“I’m a little bit biased, but if you asked me where the sort of epicenter or the geo center of the Upper West Side is, I would say 79th and Broadway is probably pretty close to it,” said Staub. “We’re really excited about the location and the project. It’s going to look great when it’s done.”

Staub grew up on Dehaven Drive in Yonkers. Originally, he planned on calling the new spot The Dehaven but thought it might be a little confusing. He also didn’t want Dehaven to potentially become slang for The Haven, since they sound similar.

READ MORE: Try These New Restaurants at Taste of the Upper West Side

“Especially in the wake of COVID and some of the controversies in the neighborhood and everybody being cooped up in quarantine, Haven is really kind of like a refuge,” Staub told us. “It’s a cozy neighborhood place.”

Staub first moved to the Upper West Side in 1995. He moved overseas for two years to work in finance but eventually returned. “I came right back. I live here now with my wife and two sons. My kids went to school here, we belong to a synagogue here. We were very active with the Jewish Community Center. And so, this is when I conceived this idea of opening a restaurant. It had to be here, because I know it better than I know anywhere else.”

When asked about the menu to be, Staub was tight-lipped about specifics at first, saying he plans to “incorporate a lot of neighborhood culture, things that people in the neighborhood like; so maybe some Jewish influences and some Italian. There will be some Mexican, but broadly New York, American.”

Staub detailed a miso with matzah ball mashup of Japanese and Jewish culture. A Rueben pizza, an everything crusted tuna and weekly specials can also be expected. Monday night lobster tacos and Tuesday night braised short ribs are broad-stroke ideas Staub is considering. “A different special every night of the week. Fun things like that,” said Staub.

“I’m kind of fulfilling a lifelong dream,” exclaimed Staub, who’s a culinary school and University of Pennsylvania graduate. A concrete opening date is not set in stone, but they’re eyeing a November grand opening.

A City Split on Open Restaurants

It’s Time To Celebrate Life Again. Get Fed, Get Catered, Get CHEF ELIOT!