Hawa Smoothies and Bubble Tea has leased a 350 square foot space at 495 Amsterdam Avenue, located off the corner of 84th Street. Thanks to ‘Upper West Sider’ for the tip.

The juice bar has a huge menu and pretty reasonable prices, with most juices and smoothies ranging in price from about $5 to $7 (according to Seamless). As far as juice bars go, these are good prices.

There are only two other UWS juice “bars” I’m aware of having such low prices.

One is this seasonal juice truck on the west side of 71st and Broadway (which will hopefully open soon): 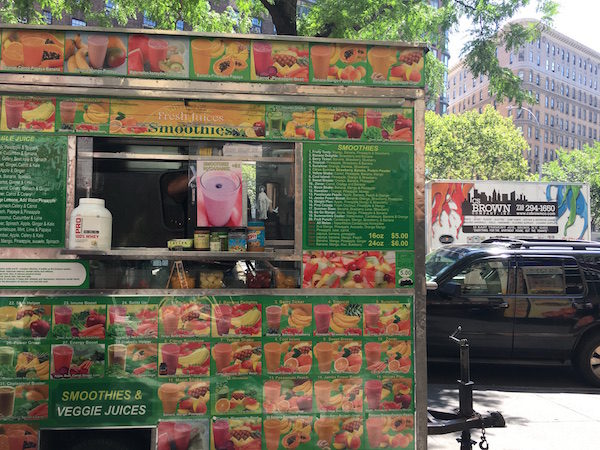 And the other is Cool Fresh Juice Bar, located at 2661 Broadway.

Hawa has several other locations around NYC and a couple in Brooklyn. They also deliver, and the menu on Seamless shows 53 drink options.

According to a 2011 write-up by Grubstreet, Hawa Smoothies is owned by Michael Wang, who named the business after his native Hawaii.

We’ll provide an update once they announce an opening date.

Get the newsletter for more food + drink news:

Best French Fries on the Upper West Side