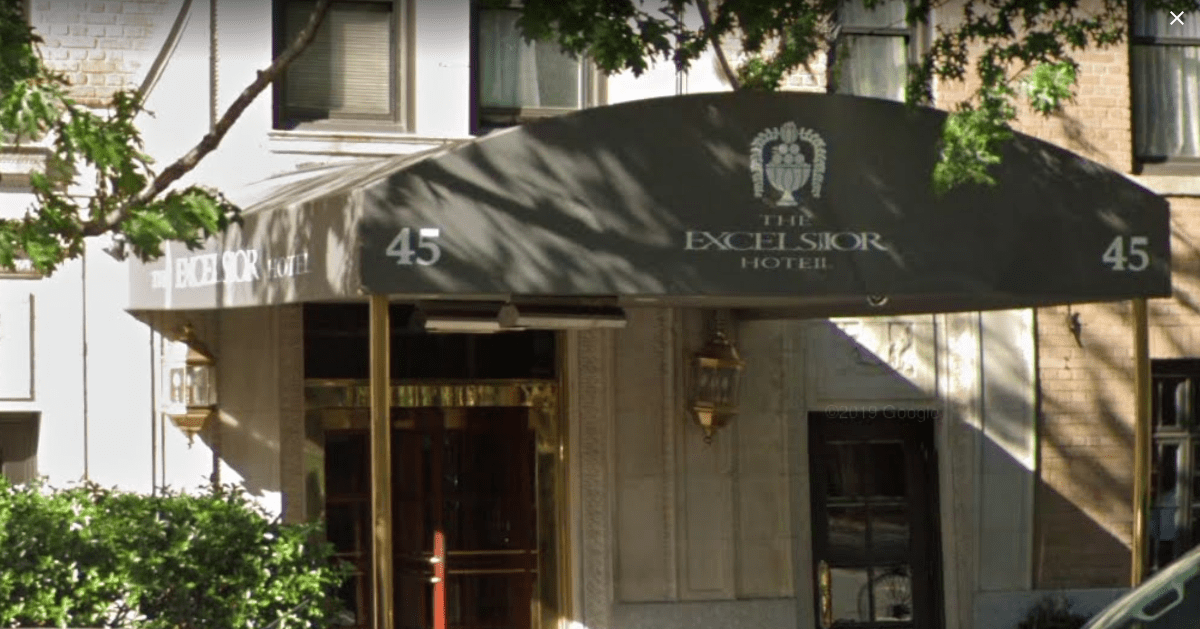 The Excelsior Hotel, located at 45 West 81st Street, has sold for close to $80 million “to a developer that specializes in converting buildings to pricey residential rentals,” the New York Post has reported.

Former owner Harry Krakowski sold the 1922 property – which closed during the pandemic – to John Young’s Emmut Properties, which owns and operates a number of buildings in Midtown, the Upper East Side and Lower East Side. A broker from RMB Properties, which brokered the sale, told Crain’s that the new owner does in fact plan to convert the hotel into apartments.

The Post notes that half of The Excelsior Hotel’s annual tax bill of $1.3 million will be due on January 1, adding that because the hotel did not reopen by November 1, Krakowski will owe each of his employees a $500 weekly severance for 26 weeks, per a recently passed law.

The new law appears to be the main reason, according to Krakowski, that he was forced to sell.

“The ‘Severance Law,’ which the Hotel Association of NYC filed a lawsuit to strike down, will require hotels shuttered by COVID-19 to pay out millions of dollars more in severance to furloughed workers that it doesn’t have,” the former hotel owner wrote in a November 2 op-ed published by the Daily News. “Even though it’s billed as a law to help workers, this law will likely force hotels like mine to close, leading to thousands of workers losing their jobs permanently. This bill is forcing us to make the financial decision to sell our properties rather than lose more and more money every day waiting for tourists to come back so we can reopen.”

The Excelsior Hotel, in its current form, comes with 215 rooms spread across 133,000 square feet and 15 stories. The hotel was also home to Calle Ocho for eight years until 2019; the restaurant has since moved to 2756 Broadway, between 105th and 106th Streets (which was previously occupied by West End Hall).