Wine tasting, book clubs, singing and photography are among hobbies common to many New Yorkers. And, for others, like Michael Miller, the city itself is a passion.


Miller is a retired attorney who spent his career at the Appellate Division of the State Supreme Court editing documents. So, there is meaning in details for him. He lived in the suburbs for many years. When he returned to live on the UWS in 2012, he immediately felt he could breathe more freely.

He had discovered his love for going on walking tours decades before. Even stepping out the door for a short walk was a chance for Miller to see or think about yet another quirky detail about the neighborhood. “The thing about tours,” says Miller, “is that the others you join know as much or more than you, and have other things to share. It’s endless and exciting.”

Discussing the kind of details that intrigue him and other urban history buffs, Miller provides a few of his favorite UWS memories and local history tidbits.

“The family of actress Mia Farrow had a residence in the Langham on Central Park West. Farrow’s mother, Maureen O’Sullivan, played Jane in the 1930s Tarzan movies. Mia and her sister Prudence were at the same ashram in India when the Beatles were there in 1968. Prudence spent much time inside meditating. This inspired John Lennon to write the song ‘Dear Prudence’, urging her to ‘come out to play’.” Miller points out the UWS coincidence, “Mia returned to CPW and sometime later, Lennon and Yoko Ono were living nearby at the Dakota.”

Miller now lives on the Upper West Side with his partner Carol. His fascination with NYC’s history goes back to his childhood, when he rode the El to 170th Street and Jerome Avenue near his family’s apartment on the Grand Concourse.  Miller is a passionate New York City history, architecture, and transportation buff. He remembers, as if it were just yesterday, going to old movies at the Regency Theater, on the west side of Broadway between 67th and 68th Streets.

He knows the different styles of architecture of many of the city’s buildings and their provenance.

Miller explains why many of the buildings on Columbus Avenue – like La Rochelle (1896) on 75th Street, The Evelyn (1885) on 78th Street, and The Sylvia (1889) on 76th Street – have entrances on the side streets: “That way of entering the building was more elegant than having to access the lobby directly from a doorway under the hulking 9th Avenue El on Columbus Avenue,” says Miller. 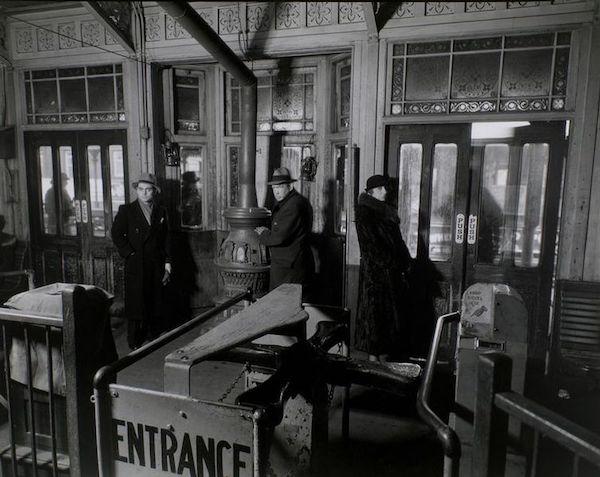 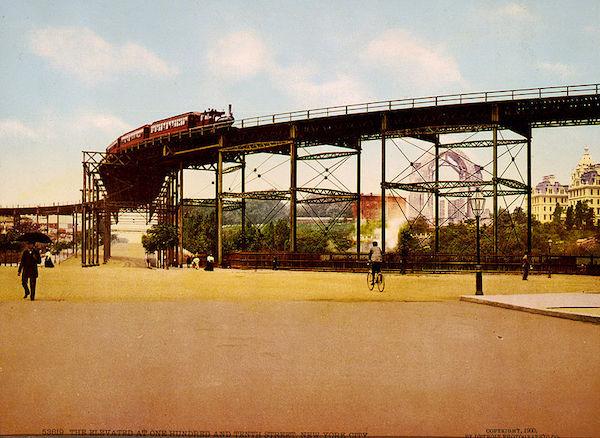 Commenting on how “Power Broker” Robert Moses “got his way most of the time,” Miller has mixed feelings about the demolition of the San Juan Hill neighborhood to make way for Lincoln Center and the Lincoln Towers apartment complex. He notes that the demolition on West 68th Street between Amsterdam and West End Avenues was temporarily held up to allow for the filming of “West Side Story” right in the streets among the tenements.

Pick any block on the UWS and Miller is likely to have some stories revealing links with celebrities. For example, “in the 1950s, Decca Records used the main auditorium at the fantastical, over-the-top ornamented Knights of Pythias building at 135 West 70th Street as a recording studio,” says Miller. “It was there, in 1954, that Bill Haley and His Comets recorded ‘Rock around the Clock’.” The studio was also used by Buddy Holly, Sammy Davis, Jr., and Billie Holiday. Later, when the building was turned into a condominium, the family of seven-year-old Stefani Germanatta, the future Lady Gaga, moved in.”

A member of the Electric Railroader’s Association, Miller is very enthusiastic about a book the group recently published called “The Elevated Railways of Manhattan“. He has taken many walking tours of the city’s architecture and history, starting in the early 1970s with tours led by Gerard Wolfe, who was then a language professor at NYU.

Until very recently, Miller participated in the Wednesday tours of various areas, including the old Bloomingdale neighborhood (the Upper West Side north of 96th Street) guided by Jim Mackin. These forays would sometimes start off at The Hungarian Pastry Shop on 110th Street and Amsterdam Avenue. Appropriate for those with a sense of UWS history, the shop celebrated its 50th anniversary in 2013. Hopefully, the tours led by Mackin will resume soon. Miller is also looking forward to Mackin’s upcoming book about celebrities of the Upper West Side, which is expected to come out in the fall.

Another Chapter in the History of the Boat Basin