We received the following note and photo from a reader on Monday afternoon and have decided to share it in the interest of the dog’s well-being. 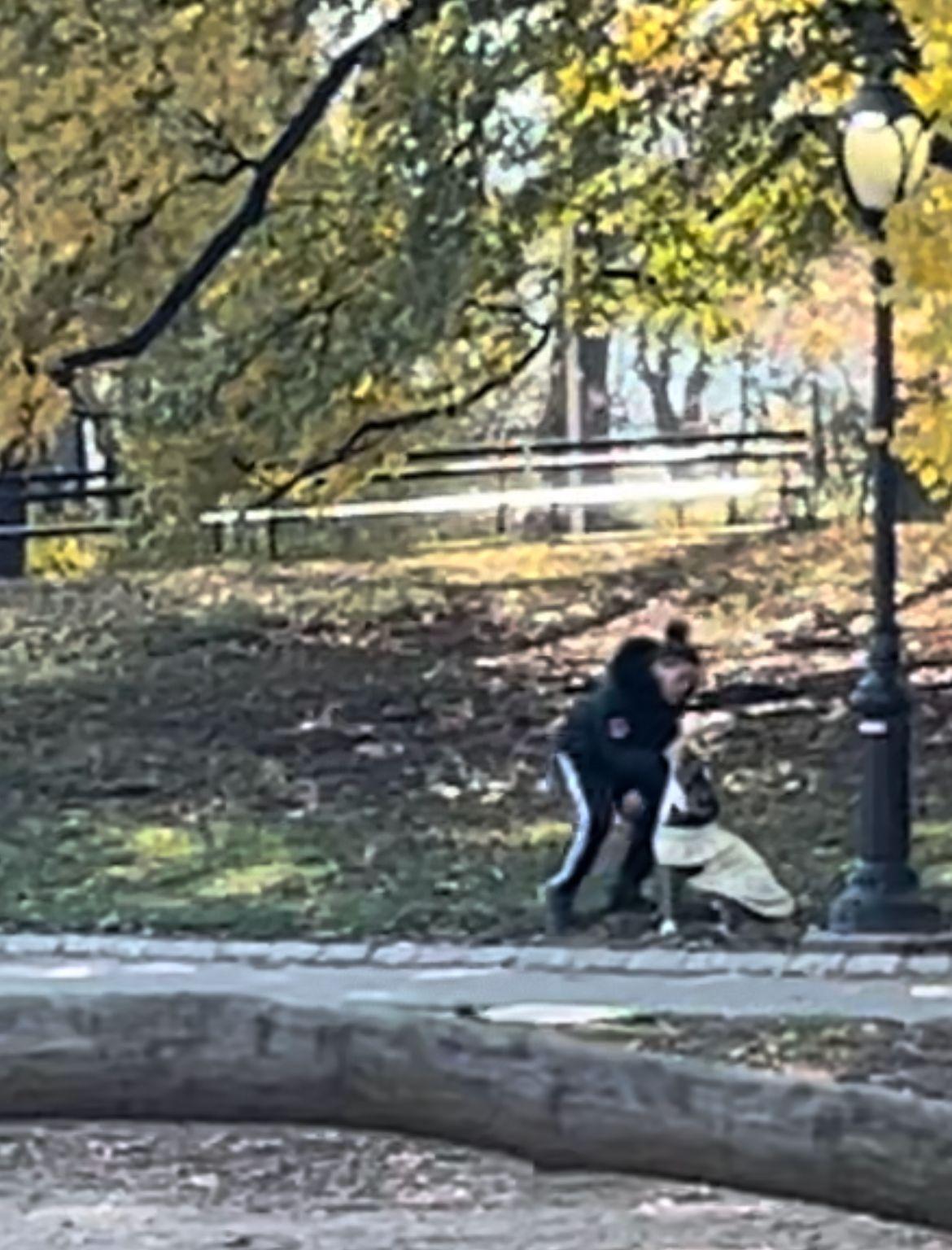 “I witnessed a man in Central Park near the entrance at CPW and 93rd street (in the grassy area just south of Wild West playground) beating and abusing his medium-sized grey (with white patches) pit bull while “training” him. The man was in his 20s/30s, strong medium build, curly hair in top knot, I believe Hispanic or black (I was watching from a distance). He wasn’t only screaming at and threatening the dog, he was squeezing the dog’s nose and hitting his face repeatedly (for example, when he wouldn’t lie down quickly enough, or when he put his nose in the grass to sniff something, or when he didn’t find the ball fast enough). From what I could gather, it seemed he was training the dog for dog fighting (the only time he was enthusiastically encouraging the dog was when he was getting him aggressive with tug of war rope). I witnessed this scene for close to 20 minutes, waiting for the police to arrive (I had called 911). Of course the man stopped once he saw the police, and they let the man go with his dog, just requesting he put the dog on the leash. I asked the police if they even took the man’s info, in case he has a record of animal abuse, or in case more complaints are filed against him, but they didn’t since they said they hadn’t witnessed any abuse. It was horrible to see, and I feel so helpless to save that poor dog. He was so docile and sweet, and the man was evil. I’m hoping to spread the word so that all can have their eye out for this man and his dog … perhaps if more people see something and report it to the police, there’s a chance of saving this innocent animal.”

Also on Monday, a Nextdoor user shared a post about a man who appeared to be abusing dogs in or near the West 79th Street subway station. “Someone mentioned said he is breeding dogs to fight,” the post adds.

To report animal abuse as it is happening, call 911.

To report animal abuse witnessed at an earlier point in time, call 311 or complete the forms on this page.

Here’s some additional info from the ASPCA.