Infamous Chicken, the new restaurant from Chef Zivko Radojcic, has officially opened at 1012 Amsterdam Avenue, between 109th and 110th Street! Upper West Siders may be familiar with Chef Zivko’s cuisine from his other Upper West Side restaurants: Marlow Bistro (1018 Amsterdam Ave), which is right next-door, and Cibo E Vino over at 2418 Broadway.

With a menu described as “tapas rotisserie,” the restaurant offers an eclectic range of entree items like ¼ and ½ Chicken, Pork Ribs and House Brisket—which can be easily shared—and tapas such as Thai Chicken Soup, Baba Ganoush, Lamb Meatballs, Shishito Peppers, Ceviche, Fried Chickpeas and Mushroom Pie!

There are also sides such as Green Beans, String Beans and Rainbow Carrots, and delicious desserts that include a Cheesecake with homemade blueberry jam and a Chocolate Hazelnut Brownie! We tried the ½ Chicken ($14) that was a huge portion and came with three dipping sauces—Chipotle Mayo, Onion Jam, and Olives Salsa Verde.

With a restaurant named Infamous Chicken, how could it disappoint? The Mushroom Pie ($8) was made with feta, leeks, and phillo dough, which melted in our mouths! 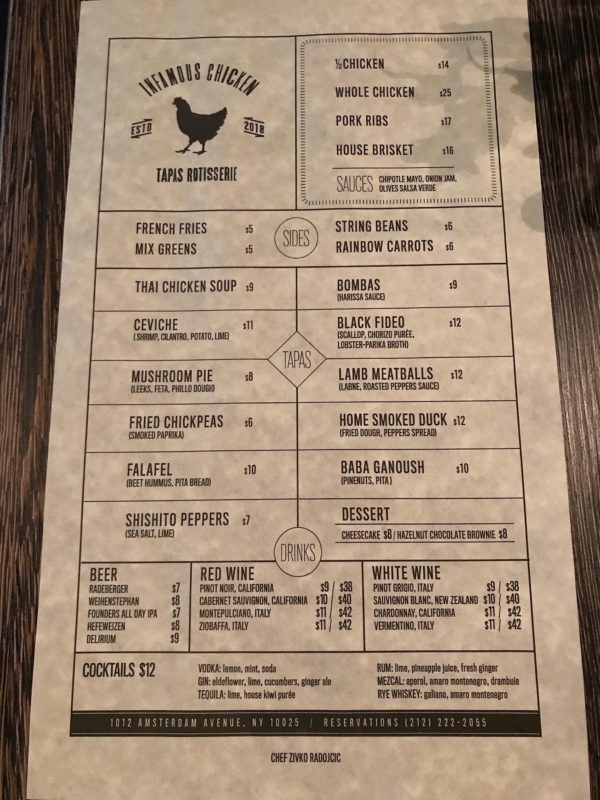 The decadent, handsome interior is decorated with lush green plants, painted brick walls and wooden tables that are complimented with vases of flowers. Completed with a tiled U-shaped bar that seats about 16, a banquet-style table in the front for large parties, and plentiful two-seaters along the sides of the restaurant, the space feels open and well thought out. We came in on a quiet, rainy night, but we were told that the front windows could swing open in drier, sunnier weather—we can see this place easily becoming a bustling neighborhood hot spot! 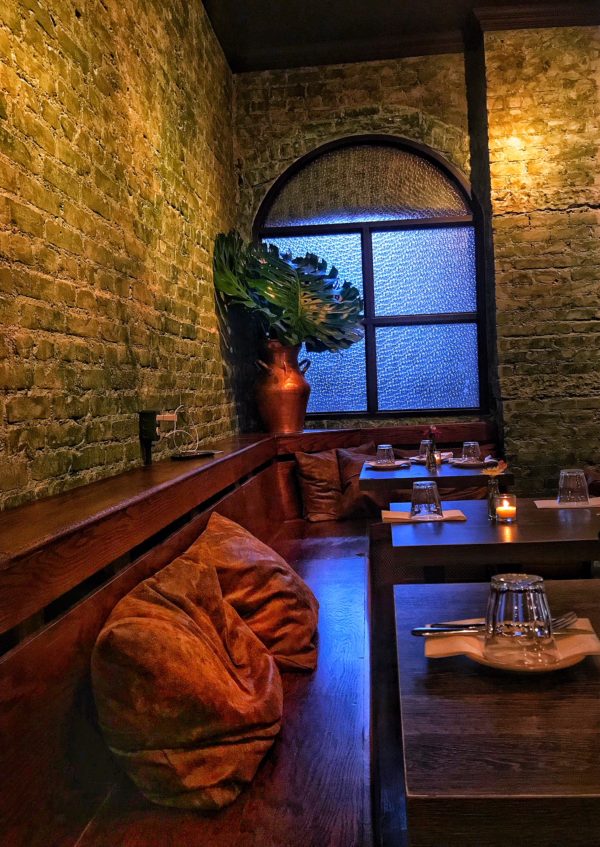 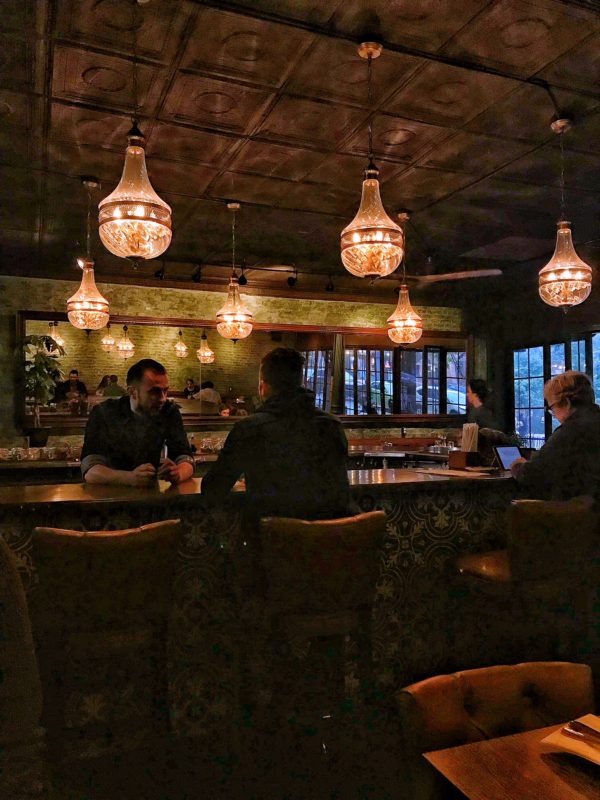 Currently, Infamous Chicken is serving lunch and dinner with the kitchen taking the last order at 11:30pm. The restaurant will be premiering their brunch menu next week! We are looking forward to trying it! For reservations, call 212-222-2055.

Sign up for the UWS newsletter for more tasty updates!

The Most Romantic Restaurants on the Upper West Side