It could be said the original Rebel Without a Cause was born on the top floor of a yellow-brick, four-story walk-up just off Central Park on West 68th Street. Home to James Dean from 1953 until his tragic death in September 1955, Dean continued to call this 12 x 12 kitchen-less studio apartment with a communal bathroom home, even after he signed a major studio contract with Warner Bros in 1954.

Dean, a Marion, Indiana native, first appeared in a 1950 Pepsi commercial and soon after moved to New York in 1951 where he studied dance and acting, albeit briefly, under Lee Strasberg. Before settling into apartment 5F at 19 West 68th Street, Dean bounced around various locations in Manhattan including the YMCA on 63rd Street and 13 West 89th Street. 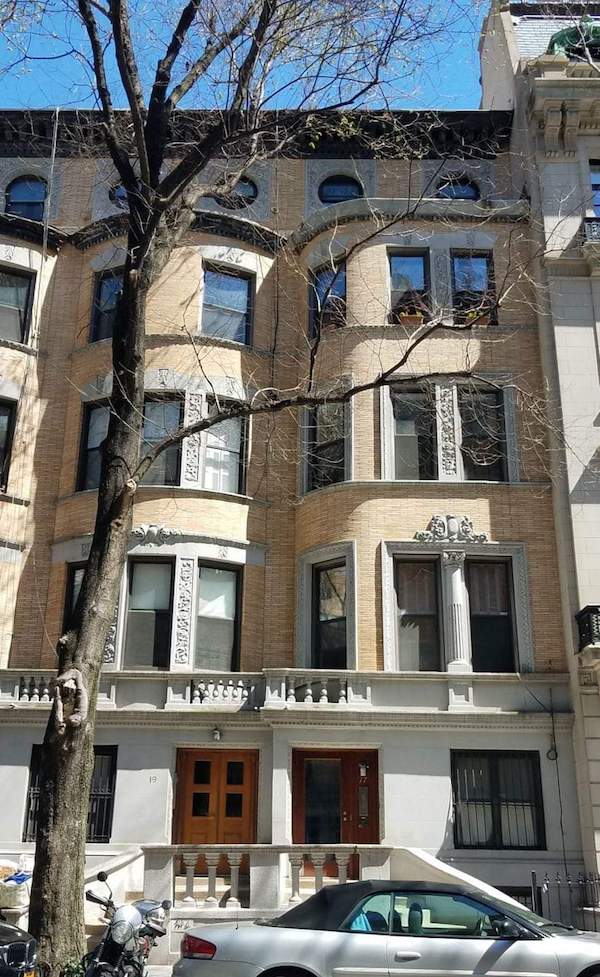 Much like many struggling actors waiting for their big break, Dean took bit roles on various television shows and performed in short-lived theater productions. He even worked as a stunt tester for the Beat the Clock game show before he was fired for finishing the stunts too quickly. Dean’s big break ultimately came in 1954 while appearing on the Great White Way in André Gide’s The Immoralist. During a performance of the show, Dean was discovered by the Warner Bros. team looking to cast the film adaptation of John Steinbeck’s East of Eden. Dean was flown to Los Angeles, signed a contract with the major movie studio, and the rest, as they say, is history.

Dean went on to make two more movies: Giant, alongside Elizabeth Taylor and Rock Hudson, and his best-known work, Rebel Without a Cause, with Natalie Wood. He appeared in General Electric Theater’s “The Dark, Dark Hours” alongside host Ronald Reagan, who he famously befuddled by ad-libbing, a surprise the future president reportedly did not embrace.

But despite his rising megastar status in Hollywood, Dean always returned to his Upper West Side apartment as his escape from La La Land. The 1894 row house, designed by American architect George F. Pelham, has since been designated as a landmark and has served as the backdrop of many iconic photos of Dean.

At the time of his untimely death at age 24, neither Rebel Without a Cause nor Giant had been released. Dean was nominated for his role in East of Eden and became the first actor to be nominated for an Academy Award posthumously. He remains the only actor to receive two posthumous nominations after he received his second best actor nomination for Giant.

After Dean hit it big in Hollywood, he was credited with saying “New York is where I am.” Thanks to his former building’s landmark status, this is where a piece of James Dean will always be.