Home
Community
Keeping Our Pets Safe From The Coronavirus

With confirmed COVID-19 virus cases found in domestic cats, dogs, and even a tiger at the Bronx Zoo, Upper West Siders want to make sure to keep their pets safe from the coronavirus during these uncertain times. I spoke with National Academy of Sciences member, Professor Harris Lewin, also known as my dad, about the best ways to keep pets and wildlife safe.

Troubled by what is happening in the world, Lewin wanted to help. Being a geneticist and immunologist for more that 40 years, he decided to put his expertise and years of research into high gear to mitigate the spread of the virus to other species. Previous research has shown that the COVID-19 virus gains entry into human cells using a receptor known as ACE2. In early March, Lewin and a team of international scientists decided to use this information to examine the ACE2 receptors of many vertebrate animals (those with a spine) to identify which ones would be most at risk for acquiring the COVID-19 virus.

Before wondering what will happen next with the virus, there are still some unsettled questions about where the virus actually came from. The leading theory is that the virus originated in bats, and then “jumped” to humans. But how did this happen? Lewin explains a few ways this could have taken place.

Lewin said that his paper does not support that the pangolin was the intermediate host, but rather it could have been through a wild primate, deer meat or even rodents.

Now that the virus has arrived in humans, it is also being found in domestic pets and endangered wildlife. According to the study, cats are listed as medium risk for acquiring the virus based on their receptors being somewhat more vulnerable to the virus.

“They’re not the highest risk. They’re not completely identical for the binding residues, like all the Old World primates and Great Apes that were studied, such as gorillas, chimpanzees and orangutans. The closer an animal’s ACE2 virus binding site is to the human ACE2 binding site, for example in some rodents and whales, the higher likelihood of contracting the COVID-19 virus. That said, cats can be infected and may show some clinical signs.”

There is a great deal of concern that humans will transmit this virus to wild primates and the result could be devastating. Lewin is working with organizations such as the San Diego Zoo and the National Zoo in Washington D.C. to try to manage the spread and protect wildlife.

“There are a lot of unanswered questions about how the virus can be transmitted from one animal to another. Whales are very social and could easily transmit the virus to each other, if the virus can survive in sea water,” Lewin said. 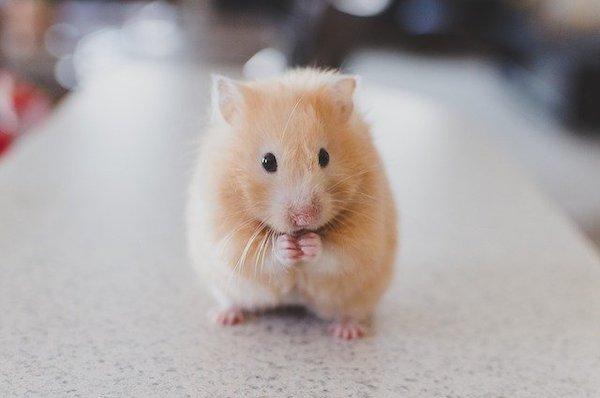 From the list of animals Lewin’s lab studied, 410 in all, there are other domestic pets that we should think about protecting. If you have certain breeds of hamsters or ferrets, there is a high risk that they could contract the virus from their owners. But the risk is not only at home. The pet stores that sell these animals should be taking precautions as well. There is still uncertainty about whether an infected animal could pass the virus to a human.

Lewin explains that the Syrian hamster, for example, has a high risk of getting infected and shows signs of the COVID-19 virus.

So what can we do to protect our pets and other animals?

“What you need to do is protect the animals from infected humans. If your hamster is in a cage and distanced from people, it can’t get infected, or infect you. But if the animal is out of the cage and around infected people, they could acquire it.”

While many people are concerned about their pets catching COVID-19, Lewin offers some good news. He predicts that most domestic animals, like dogs and cats, likely won’t die from COVID-19. While they may exhibit some of the symptoms, they will likely be able to fight off the infection. Lewin says that the best way to protect your pets is to treat them like any other member of the family, and isolate from them until you are well.

For more information about Lewin’s research and to check the risk list of animals, please find his paper here.

Letter Z Appears in UWS Window: Russian Support or Something Else?