For those looking to take a swim in a newly renovated pool, there’s a chance you may have to wait a little longer than expected. Following the city’s 2018 announcement of a renovation to the Lasker Pool and Wollman Rink, the $150 million plan now is facing some backlash and opposition.

Opponents claim that the current plans call for the removal of one of two existing ice rinks, and a group of hockey players and swimmers have come forward asking the Central Park Conservancy to revise their plans. According to these individuals, the plans would eliminate some of the programs they enjoy – including the “North Stars hockey program for players with special needs” and “the only all-female hockey league in New York.”

In response to plan opponents, the Central Park Conservancy states that “The current concessionaire divides what was designed as a single rink for recreational community skating into two narrow, non-regulation sections in order to maximize hockey use at the expense of public recreational skating open to the general public.”

Concerns have arisen with the plans to renovate the pool space. Opponents claim the new design would shrink the pool to 74% of the size of the current facility. Some are concerned that the pool won’t be able to accommodate the number of swimmers in a growing neighborhood. The plans include the removal of the wading pool, which serves as an area for babies, toddlers, and non-swimmers. Some worry that this would leave families without a safe place for their young children to learn water safety or to play in shallow water.

An online petition has been formed addressing these concerns and protesting the city’s current renovation plans. As of today, it has raised close to 6,000 signatures. The petition, started by the Preserve Lasker Coalition, asks the city to “ensure that the proposed Lasker pool design is revised to equal or enlarge the current footprint so that it can accommodate more swimmers and maintain TWO ice rinks for our community.”

The Central Park Conservancy provided the following statement in response to those who oppose their plans:

Both Lasker Rink and Wollman Rink are operated by the Trump Organization (even though the Trump name has been removed from both). The agreement between the Trump Organization and NYC ends in 2021. But it’s unclear who would control the facilities after the contract ends. The plan, which was put forth by the Central Park Conservancy, has been approved by the community board. It will next head to the city’s Public Design Commission for a vote on March 16th. The vote was originally scheduled for January 21st, but has been postponed twice thus far.

Original project plans also include a boardwalk installation that will transform into a skating ribbon during the winter season, while simultaneously acting as a place for fishing and canoeing in the summer. A splash pad will also be built at the southern end of the new pool’s deck if plans are approved. Construction is currently scheduled to begin in the spring of 2021 and last three years. 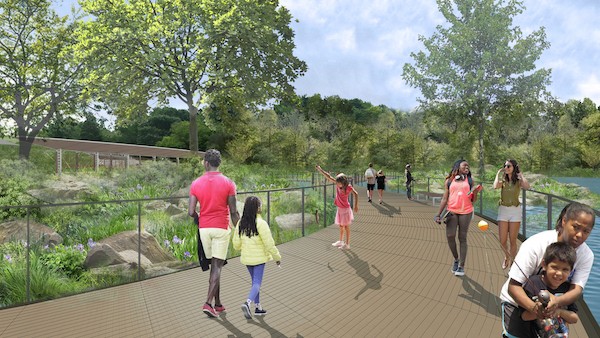 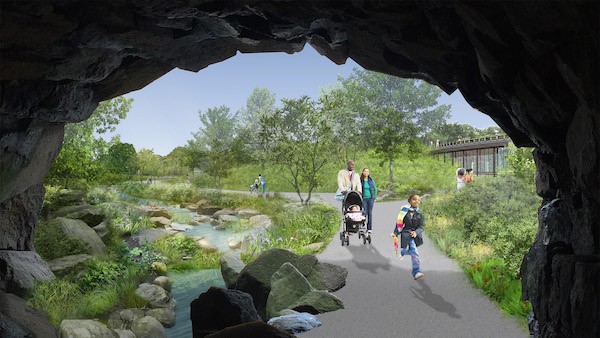 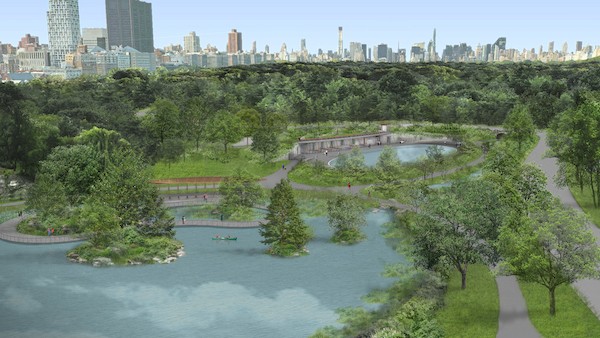 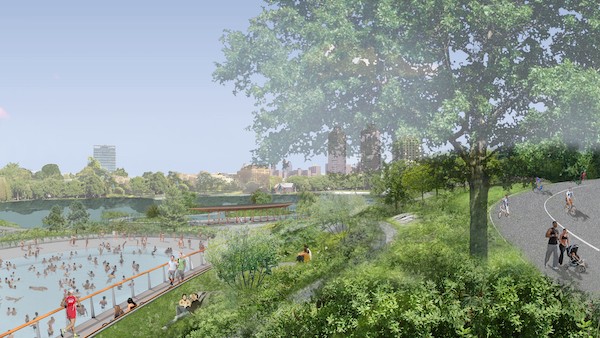