The Capitol Steps were born in 1981, when a group of Senate staffers were tasked with planning the entertainment for a DC Christmas party and ended up creating their own song parodies and skits. Today, The Capitol Steps are a wildly popular comedy troupe performing all over the country. And on November 17th, they’ll be performing their new show titled “The Lyin’ Kings” at the Peter Jay Sharp Theatre at Symphony Space. 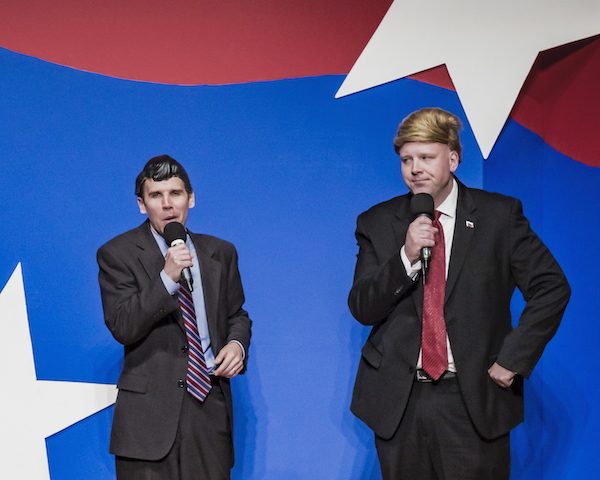 Here’s what you can expect at “The Lyin’ Kings” musical:

Israel Is Not a Laughing Matter … or Is It?