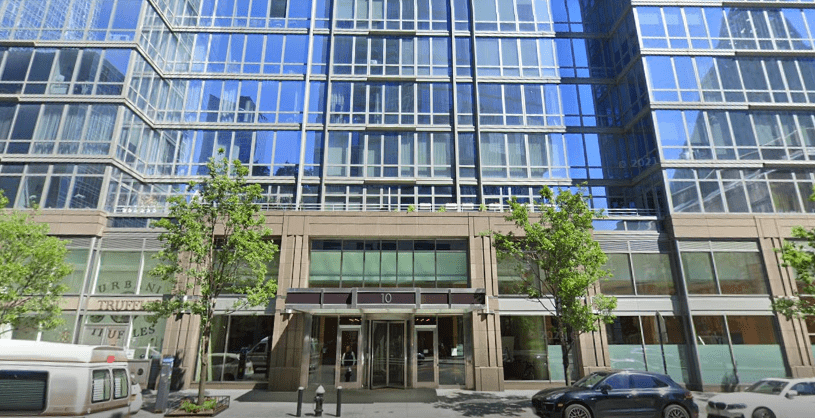 10 West End Avenue, between 59th and 60th streets — the location of the alleged incident (Google Maps)

Yankees icon David Cone and his wife Taja Abitbol (a.k.a Taja Abitbol Cone) are said to have negligently or intentionally caused a fire in their former Upper West Side apartment, according to a recently filed lawsuit.

The fire broke out around 8:30 a.m. on November 6, 2019 at 10 West End Avenue, Apt # 14B — where the Cones reportedly lived at the time. FDNY sources the fire to a table and notes the cause of ignition as “accidental,” with the heat source attributed to a candle. The “factor contributing to ignition” is reported as “heat source too close to combustibles. The civil complaint, filed by a fellow 10 West End Avenue resident, echoes these findings.

The lawsuit states that “In the morning of November 6, 2019, Abitbol and her husband, legendary former major league pitcher David Cone, left a candle or candles burning too close to the vicinity of furniture and other combustibles located in Unit 14B and, consequently, started a fire.”

The plaintiff, who spoke to ILTUWS about the lawsuit on the condition of anonymity, is suing the Cones for $320,000 plus damages for what is described as a required “gut renovation to return [the apartment] to the condition it was in before the fire.”

While the lawsuit does allege that the fire could have been the result of negligence, it also claims that it may have resulted from more nefarious reasons. The plaintiff told ILTUWS that they believe Abitbol intentionally set the fire in order to gain media attention … and ultimately land a spot on The Real Housewives.

“Upon information and belief, Abitbol and/or Cone deliberately, knowingly, intentionally and/or recklessly caused the fire on November 6, 2019 in order for Abitbol to have a story to discuss on the Tamron Hall Show and/or to advance Abitbol’s candidacy as a castmate for the Real Housewives of New York television show, among other things,” the lawsuit states.

Abitbol’s efforts to win over Andy Cohen and the Bravo network executives are well documented. Just three months before the fire, Page Six featured a story about women obsessed with getting on Real Housewives of New York. One of them was Abitbol, a real estate agent who had failed four auditions.

“My life is so perfect for TV that it’s unbelievable to me that they don’t see that. And that’s the truth. I don’t think they get the Yankee logo – how important that is in New York. Are they serious?”

Abitbol is credited with a similar statement by Your Tango days later on August 20, 2019. “They keep telling me I can’t get on because I’m not friends with any of the girls, and I find that hard to believe. I don’t understand why they just don’t cast me. Maybe they’re looking for people who have more issues.”

According to the suit, Abitbol was scheduled to appear on the Tamron Hall Show the day after the fire (November 7) and used the fire to promote her appearance. On November 6, 2019 at 5:00 p.m., the show shared a teaser about its upcoming episode.

Thursday on “Tamron Hall” is all about astrology! We’re talking to Taja Abitbol. She’s obsessed with astrology and recently didn’t think what her astrologists said would come true but it did…You won’t want to miss this story! pic.twitter.com/9SOqD3Zec7

The event that came “true” was the fire, according to the complaint.

Abitbol is also alleged to have used the fire to personally promote her appearance. Posted on her @tajalucky Instagram account on November 7, 2019 is a photo of Abitbol in front of a Tamron Hall sign with a caption that read,

“What sign are you? I’m a double Aries with Leo Rising all fire” (followed by 9 fire emojis).

The Instagram post continued to state, “Tune in to @tamronhallshow on ABC @abcnetwork channel 7, and hear about Mercury Retrograde , Astrology and more…. Oh yeah my favorite topic.”

The lawsuit further claims that the “all fire” statement and fire emojis are a direct reference to the fire and that Abitbol made specific references to the fire during her appearance on Hall’s show — including that her astrologers insisted that she was going to have to move and that the move they predicted was due to the fire.

“Yesterday morning, I basically set the house on fire during Mercury retrograde and I had to move. I came here from my hotel room,” Abitbol told Hall.

Cone could not be immediately reached for comment. ILTUWS did share the complaint with Abitbol who denied knowing the plaintiff and was also not aware that a suit had been filed. Abitbol offered no further comment.

New York State Courts Electronic Filing website does not show any documentation that either was served with the complaint or summons as of July 2. Once served, the couple has 20 days to respond if served personally or 30 days if served through substituted service.

Abitbol has had her own lawsuit pending against the Sunny Factory LLC and Pike Brands LLC since November 2021. The complaint alleges that these entities sold the “MAGNIFICENT101 Smudge Candle Filled with Sage and Leaves for House Energy Cleaning, Banishes Negative Energy I Purification and Chakra Healing – Natural Soy Wax Tin Candle for Aromatherapy (Sage Leaf).”

The suit seeks to hold these candle companies strictly liable for design and manufacturing defects of the candle that Abitbol claims was the source of the November 6, 2019 fire. Additional action is sought under claims of a breach of implied warranty of merchantability and negligence. Plaintiff Abitbol seeks “an amount which exceeds the jurisdictional limits of all lower court which would otherwise have jurisdiction” plus interests, costs, and disbursements.

Leave a Reply to Not Nick Cancel reply