Home
Community
4 “Other” Parks on the Upper West Side

Straus Park is located at the intersection of Broadway and West End Ave on 106th Street.  This small NYC getaway offers plenty of bench seating for Upper West Siders on a pleasant day. The bronze statue is dedicated to Ida and Isidore Straus, Upper West Siders who unfortunately died on the Titanic. 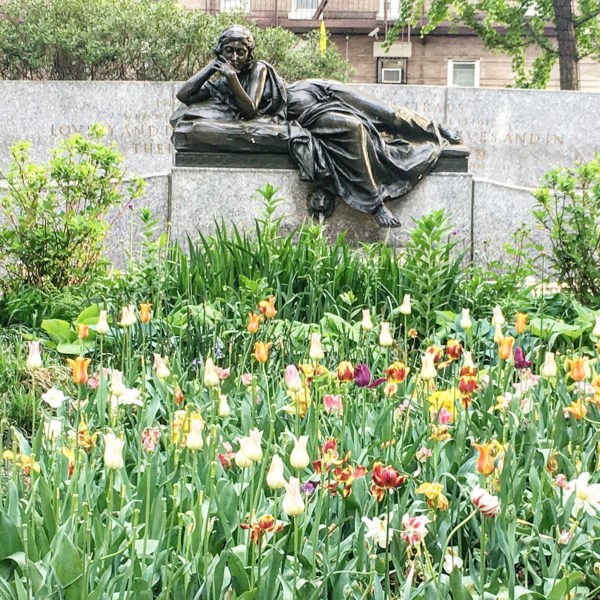 Located on Columbus Ave. between 79th and 81st Streets, Theodore Roosevelt Park surrounds the American Museum of Natural History and kicks off our list of lesser known parks on the Upper West Side. The park is very well landscaped with tall trees, flower beds and a wonderful view of the museum.

If you’re looking for the more quiet areas of the park, move around to the sides of the park away from the museum’s main entrance. The park also features a couple of dog runs – one for small dogs and one for larger dogs. Theodore Roosevelt Park tends to be a bit more tranquil than its giant next door neighbor – Central Park.

This is a great place to take the kids, gather your thoughts and escape from the busy New York City environment. 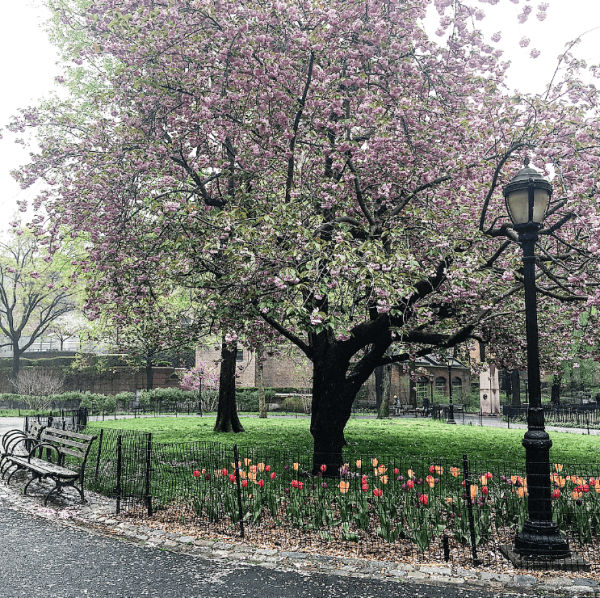 Verdi Square is a small triangular section of land located between 72nd and 73rd Street and Broadway and Amsterdam. The square features a statue of opera composer Giuseppe Verdi in the middle surrounded by beautiful flora. There are number of park benches facing outward from the center of the square that provide a great location for people watching.

During the 1960s and 1970s, the park was known for harboring criminal behavior and illicit drug use. In recent years however, a great deal of work has been put into cleaning up the park and establishing more of a NYPD presence. The efforts have been successful and the park now serves as small gem in the heart of the Upper West Side. 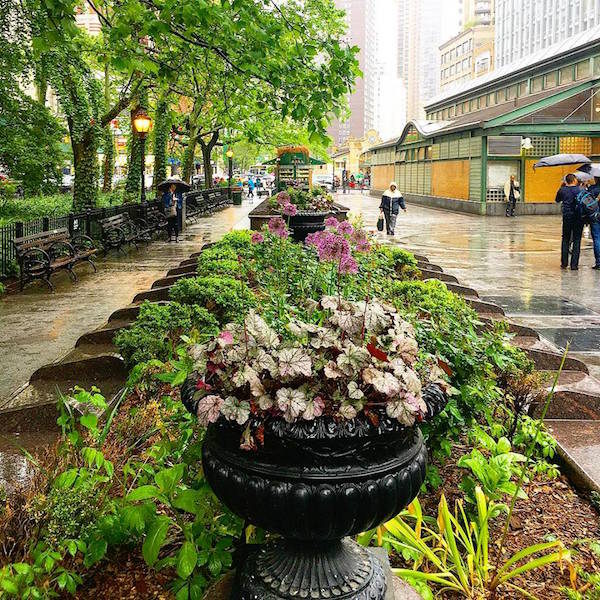 You can find Sakura Park in the heart of Morningside Heights, at 122nd and Riverside Drive.  The park houses more than 2,000 cherry trees which were delivered from Japan in the early twentieth century.  This is the perfect place to catch views of the breathtaking Riverside Church (which is located at 490 Riverside Drive). The park has two paths and a large lawn with a gazebo in between. For good reason, it is a popular place for Columbia University students and faculty to unwind. 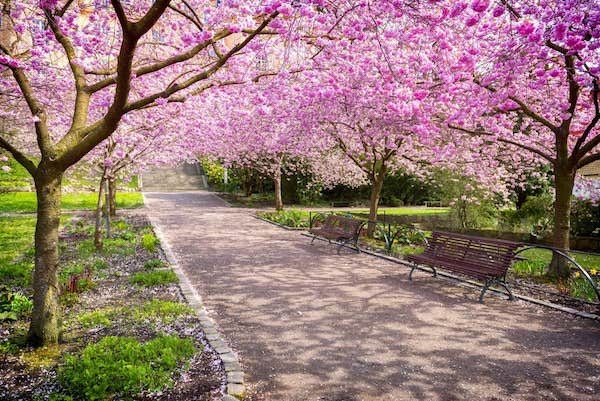 Kerouac, Ginsberg, and Burroughs – and a 1944 Murder in Riverside Park

Mom & Dad Meetups at the JCC