Levain Bakery has announced the commencement of its country-wide expansion, as its cookies will soon be available at Whole Foods locations across the US.

We first reported that Levain had set its sights on a national takeover in the summer of 2019. Shortly after owners Pam Weekes and Connie McDonald had opened a location on the Upper East Side, the duo told Grubstreet they had plans to open more storefronts in other cities.

About a year later, we wrote about Levain’s entry into supermarket freezers. Boxes of eight 2 ounce cookies first appeared at a supermarket in Texas, and soon expanded to NYC. (The original cookies are 6 ounces, just for reference). We sent Bobby Panza to the Columbus Circle Whole Foods where he picked up a box of frozen Chocolate Chip Walnut Cookies. You can read his review and comparison to the original, oven-baked cookies here.

In addition to Chocolate Chip Walnut, the frozen cookies come in Dark Chocolate Peanut Butter Chip, Oatmeal Raisin, and the Two Chip Chocolate Chip – “a deliciously decadent cookie with a mix of two kinds of chocolate” and no walnuts – which they launched at all locations in February 2020. 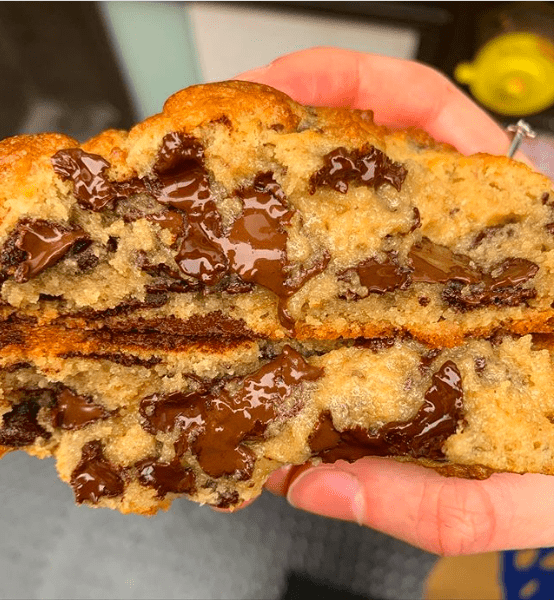 To address anyone pessimistic about the quality of a frozen version of these beloved cookies, Levain’s Chief Marketing Officer, Rachel Porges, told Bloomberg that “Frozen provides the most consistent and salient experience,” adding that they “have yet to find a shelf-stable process that could deliver that for our cookie.”

“When we opened Levain, we set out to make a cookie that not only tastes delicious, but creates moments of joy that connects people,” Weeks and McDonald stated in a press release. “25 years later, we’re thrilled to build on this heritage and to partner with Whole Foods Market to bring that joy to people across the country. Whether we’re meeting customers in our bakeries or in the freezer section, we know they’re getting a true Levain Bakery experience.”