The Upper West Side’s beloved Levain Bakery, home of the best cookies in New York (and arguably the world), is planning on going national.

As reported by Grub Street, owners Pam Weekes and Connie McDonald have plans to open branches in other cities in the near future.  This follows the opening of another Levain Bakery on the Upper East Side two weeks ago, and a planned opening of another branch in Noho in the fall.

Thanks in part to a recent influx of investment from private equity firm Stripes Group, which has funded other companies like GrubHub and Blue Apron/Seamless, Levain Bakery has plans to open in one or more cities outside New York starting in 2020.  Under “consideration” are Washington D.C., Chicago and Boston.

Levain Bakery is a New York City institution.  The delicious, massive, rough-hewn-on-the-outside and melted-on-the-inside cookies are the stuff of legend. In some ways they’ve redefined how one should make a cookie.  They are a favorite among New Yorkers and visitors alike, provoking long lines out of the door on a regular basis. These long lines continued even after they opened a second UWS location in 2017. 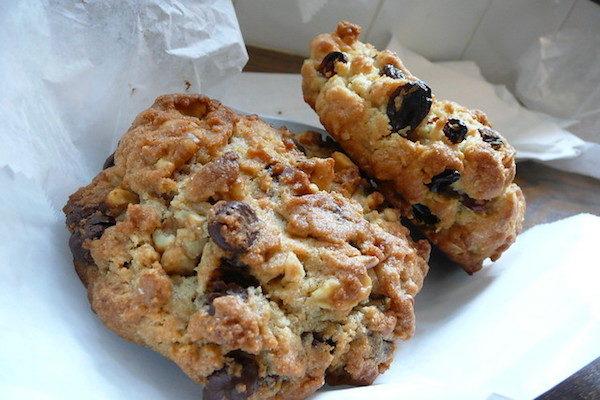 They’ve seen steady business and growth for the last two decades, but this will be their first expansion outside of NYC.  Levain Bakery’s national expansion is due in part to their desire to keep “good people who couldn’t see a future for themselves because we weren’t growing fast enough”, and in part to help spread the growing nationwide trend of mountain-style cookies on their terms.

Like when we see a dear friend growing, meeting new people and doing new things, many New Yorkers will have bittersweet feelings about the rise of the magical cookie emporium that, for a little while longer, they can call theirs and only theirs.