The image above was captured by @cynstahgram on Thursday morning, shortly after the designer posted it himself. Miller states that the Flower Flash is made of “giant mop head hydrangea and clouds of airy Queen Anne’s lace.”

But very shortly after he announced the Flower Flash, it disappeared. Miller made the announcement at about 8:30am, and it was gone by about 9:30am. 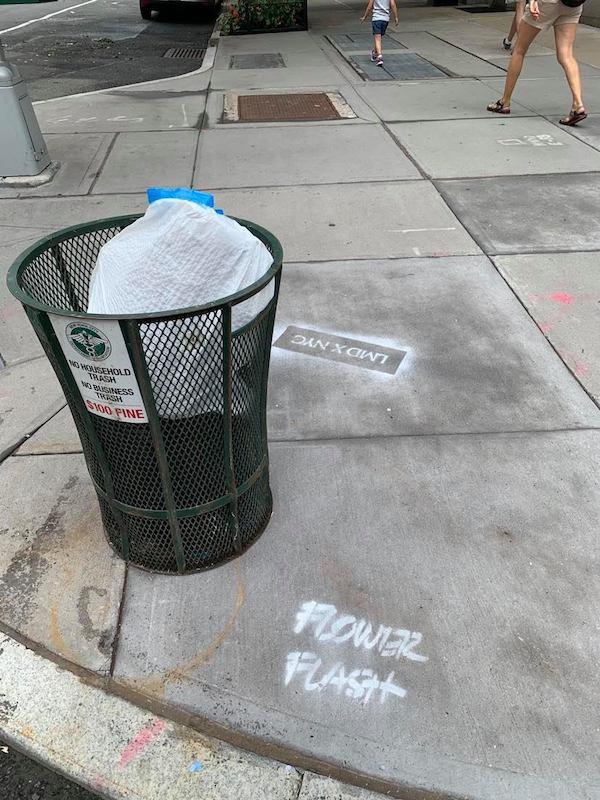 The last time the floral artist hit the UWS was back in July of 2019, when he filled a pay phone on 100th and West End with flowers.

Lewis Miller has been surprising New Yorkers with his Flower Flashes since 2016, hitting locations all over the city including UWS spots like Central Park, the Riverside Park entrance at 72nd Street and along West End Avenue.

The Seinfeld Experience Comes To New York in the Fall