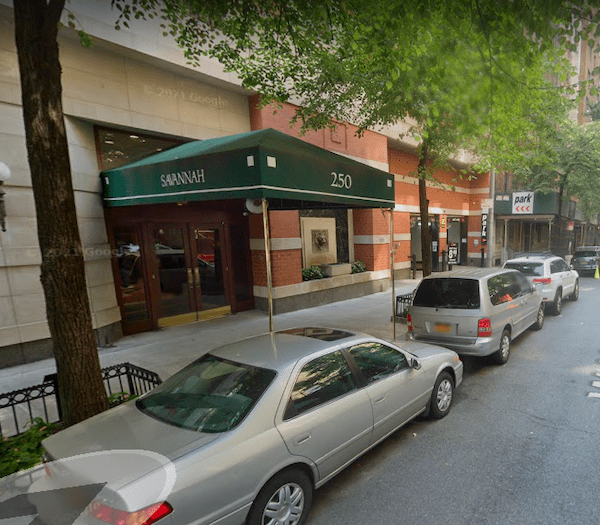 A building maintenance worker was brutally attacked in a hit-and-run after he told a driver, who was double parked and blocking a garage entrance, that he needed to move. The atrocious act took place at roughly 7:30pm on Thursday, November 4 at 250 West 89th Street, between Broadway and West End Avenue. The incident was caught on surveillance camera which was shared by ABC7.

After initially being told he’d need to move, the suspect drove off while yelling a string of expletives. But then he turned around, hit the gas and jumped the curb – sending victim Eddie Martinez flying off the hood of his car and into a brick wall.

Martinez did not have time to react when the car came barreling towards him. “When I turn around, when I see they come to, it was too late for me to make a move,” said Martinez, reflecting on the incident. “Not even an animal, you do that thing. He treat me like a garbage bag.”

Eddie Martinez, who was fortunate enough to be wearing a helmet when the incident took place, was standing with his scooter when he got struck. Surveillance video shows Martinez getting up from the ground and tossing something at the suspect as he fled the scene – driving against traffic down 89th Street to almost collide with a passing vehicle.

“Thank God I have a helmet on my head,” Martinez said. “The most thing that help me is God, because the way this happened, I don’t know. You what’s funny, today is my birthday, and look, it’s okay because I’m alive,” Martinez told ABC. He spent Thursday night in the hospital before being released Friday morning.

Police quickly tracked down the runaway vehicle, pulling it over in front of 211 West 88th Street between Broadway and Amsterdam at 7:45pm. The driver, Amauris Nunez, 35, was arrested and charged with vehicular assault and leaving the scene of an accident with an injury. ABC reports Nunez has prior arrests for assault in 2014 and criminal mischief in 2010.

Martinez told ABC that while he doesn’t have any broken bones, he was in a huge amount of pain and would most likely need to return to the hospital.

A Big Snowstorm Could Be Coming