Home
Events
March Events on the Upper West Side

There’s no week that goes by without exciting events on the Upper West Side. With Easter right around the corner, it’s never been easier to miss what’s happening around the neighborhood before the grand arrival of Good Friday. Don’t fret, we’ve rounded up some of this week’s best events. From a film festival geared towards children to an original Russian theater play, you’ll be entertained all the way to Sunday. Take a look at our picks below to find out more!

Founded in 1997, the NY International Children Film Festival has quickly gone on to become the largest film festival for children across North America. This one-of-a-kind annual event showcases the best national and international family-friendly films that celebrate the magic of cinema through a kid’s point of view. The movies shown here give children a chance to explore the world without leaving the comfort of their home. The festival prides itself on showing titles that are thought-provoking, intelligent, and extremely creative. In the past, films that have premiered at the festival have later been nominated for an Oscar. Some of the highlights this year include “Belle and Sebastian: The Adventure Continues” from France, “Little Door Gods” from China, and “Molly Monster” from Germany. Make sure to not miss out on the closing night celebration which announces the award winners and features the special “Best of the Fest” short films collection. A real treat for the whole family! 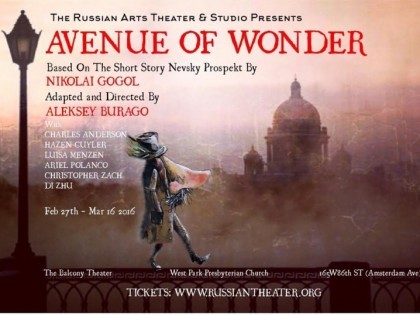 From the eccentric mind of Nikolai Gogol, known as one of the oddest Russians in Russia, comes the theater production of “Avenue of Wonder” to The Balcony Theater. The play is based on Gigol’s short story “Nevsky Prospekt” in which two men cross paths with two rather peculiar women leading to a series of extraordinary events. The founder of the Russian Arts Theater & Studio Aleksey Burago is in charge of directing and adapting the production to American audiences. In fact, Burago’s sole purpose behind the inauguration of the theater was to introduce foreign audiences to the culture and theatrical traditions originating from his native country. “Avenue of Wonder” features six talented actors and is set in the historical Balcony Theater at West Park Presbyterian Church. The venue is beautiful and small providing spectators with a truly intimate experience. Discover the wonders of Russia and catch this dark comedy on stage before time runs out! 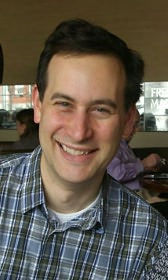 The Barnes & Noble on Broadway and 82nd Street is hosting the NYC Teen Author Festival featuring some of the most talented and acclaimed YA writers in the nation. The festival will be lead by David Leviathan, the bestselling author behind “Naomi and Ely’s No Kiss List”, who is renowned for introducing strong gay male characters to many of his novels. Leviathan will be moderating the signing and the Reader’s Theater as many young up-and coming authors will read and share their work amongst each other. Some of the other authors attending the Teen Author Festival include NY Times #1 Bestseller Nicola Yoon, “Thanks for the Trouble” Tommy Wallach, and Daniel Jose Older who’s known for vividly portraying the lives of characters of color. This can’t-miss event is free and a great opportunity to interact with those who share a passion for the written word.

Fourth of July 2017 on the Upper West Side