In response the recent out lash by “Racist Lawyer” Aaron Schlossberg, who yelled at a bunch of Midtown restaurant employees for speaking Spanish, a protest with tacos and a Mariachi band was held outside of his Upper West Side apartment building.


Ironically, the lawyer’s website advertises that they speak multiple languages, including Spanish… 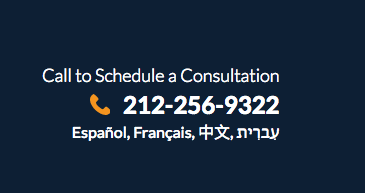 Since the initial video of the racist lawyer at the midtown lunch spot was taken, things have gone down hill for Schlossberg quite rapidly.  He’s been kicked out of his office, has faced an outpouring of negative reviews on his Yelp page, and old videos of the maniac screaming at people on the street have arisen.