Marinara Pizza has opened at 483 Amsterdam, between 83rd and 84th Streets (thanks to Barbara for first informing us about them!). The former tenant in this space was Polpette.

The owners consider Marinara Pizza to be a “classic slice joint with a modern twist”.

The menu includes all of the expected staples: square and round pies, calzones and rolls, starters like mozzarella sticks and meatballs, salads, pastas, heroes and platters.

But they also offer some freaky selections like their  cauliflower crust pie , which has gotten quite a bit of attention from the press.

This pizzeria serves a variety of cauliflower-crust pizzas.

They also have a pepperoni stuffed crust which looks pretty interesting! 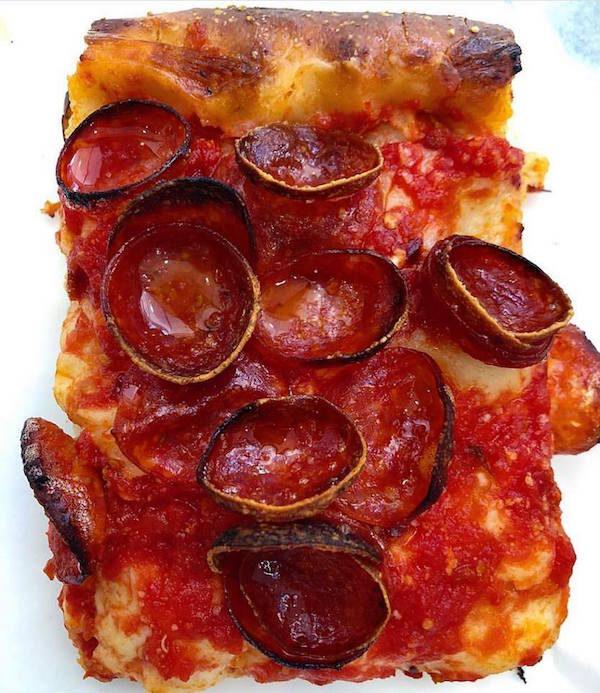 And several other creative concoctions which have scored them additional press.

Marinara Pizza’s location on 91st and Lexington is included on The Infatuation’s list of best restaurants on the Upper East Side, which gave particular praise for their buffalo chicken and square, balsamic-glazed bruschetta slice.

The Infatuation says the pizza is amazing and there’s no need to bother getting anything else, but I don’t know. This chicken parm looks pretty inviting.

This exciting pizza-news comes right after Made In New York Pizza opened just a few blocks away this month.

(UPDATED): Something Fishy’s Going on at Fairway