I’m not sure if you watch the show. And I’m not sure if this gives out any season 2 clues.  But I spotted them filming The Marvelous Mrs. Maisel on 83rd and Broadway, right outside the Chipotle, on Tuesday, May 15th. So maybe they’ll be there for the remainder of the week, if you want to try to get a glimpse of lead actress Rachel Brosnahan or other famous people.

The man in the chair was large, so I wanted to take my picture quickly and leave. 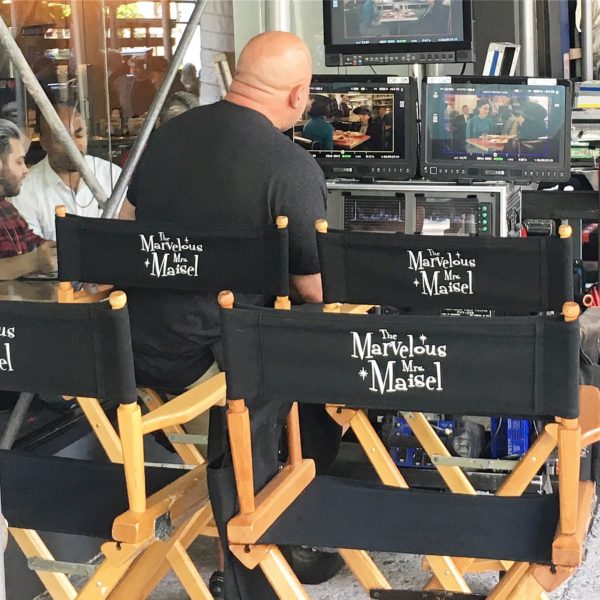 Much of the show is filmed around the Upper West Side. The building where Mrs. Maisel resides is 404 Riverside Drive, where there’s currently a pretty sweet apartment for sale. Here’s the listing.

The show also has plenty of scenes at Columbia University, and many other notable locations around the city.

Here’s a scene from the lovely, prewar UWS apartment from the series: