Home
Events
Memorial Day 2018 on the Upper West Side

Memorial Day marks the start of summer. The special holiday is all about welcoming the warmer months ahead while also paying tribute to those who bravely defend and protect the US every day. Check out what’s do on the Upper West Side over the coming three-day weekend!

The annual NY Philharmonic concert returns once more to the Cathedral of St. John the Divine at the southern tip of Morningside Heights. The free concert lasts for one hour and has no intermission break in between. The program includes Vaughan Williams’ Fantasia on a Theme by Thomas Tallis. It also includes Saint-Saens’s Organ Symphony No. 3. David Robertson is in charge of conducting the orchestra and Kent Tritle plays the organ. Seats are available on a first-come first-served basis so be prepared to get there early to grab a good seat. The audio from the concert is expected to be broadcasted live at the Cathedral’s Pulpit Green lawn if the weather conditions are good.

The Children’s Museum of Manhattan is gearing up for Memorial Day weekend by hosting a weekend worth of educational activities. In a workshop called “Zines for Change”, the little ones will learn how to honor the traditions and the history behind this significant holiday. They’ll also use their creativity to produce a zine that reflects the changes they want to see in the world. The workshop is open to children that are at least 6 years old. Another activity called “Red, White, and Blue Fizzling Firework” is all about discovering the science behind those explosions we see in the night sky during Memorial Day. This activity is open to children who are at least 5 years old.

Stroll over to Riverside Park and appreciate the significance behind Memorial Day by visiting the Soliders’ & Sailors’ Monument. The monument is located by 89th street and Riverside Drive. It commemorates those Union Army soldiers who sacrificed their lives during the American Civil War to ensure a better future for the country. The Soldiers’ & Sailors’ Monument is also considered to be a NYC landmark and a state landmark. A scheduled observance is expected to take place between 10am and 12pm on Memorial Day. The observance draws thousands of visitors since the 9/11 attacks. Afterwards, you can head over by the waterfront paths and enjoy the beautiful spring weather. 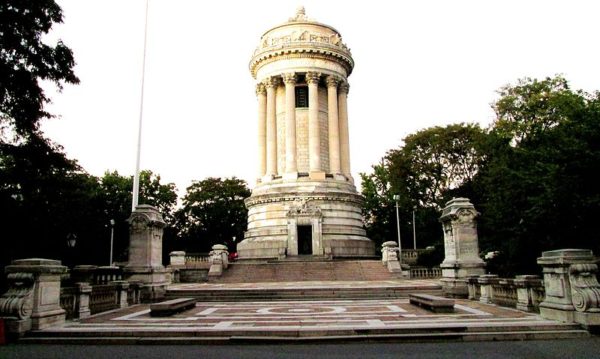 photo by Beyond My Ken on Wikipedia

Why not enjoy the day off from work by visiting an exhibition at the American Museum of Natural History? “Opulent Oceans” showcases 46 reproductions and 33 detailed illustrations of marine species. The illustrations depict creatures such as seadragons, crabs, capepods, and octopus. In the exhibit, you’ll learn about how we’re still uncovering many of the ocean’s darkest and deepest secrets. You’ll also take a look at how scientists charted the oceans while learning about the anatomy of our limb-free friends. The Rare Book of Selections from the museum is the inspiration behind “Opulent Oceans”. The exhibit closes on June 30 so it’s never been a better time to see it!

Matisyahu Concert on the Upper West Side