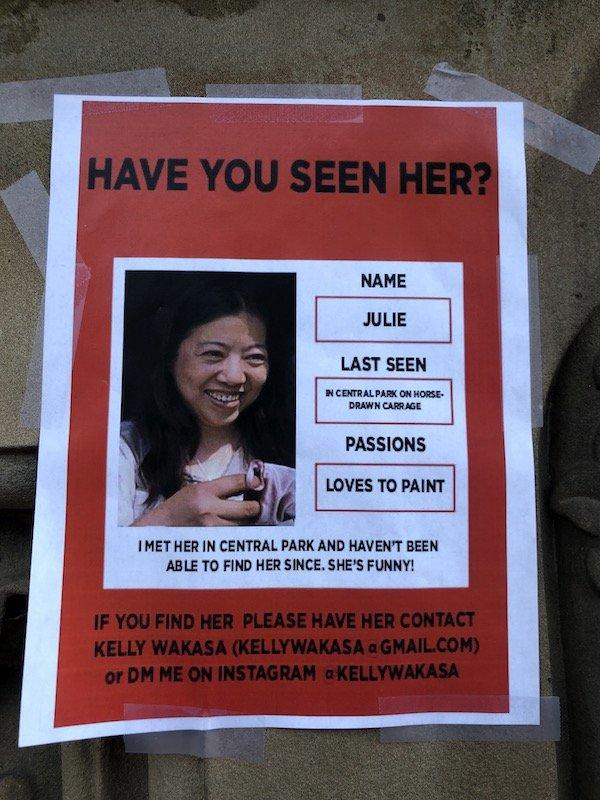 On a recent cruise through Central Park, we found this ‘Have You Seen Her?’ flyer by the Bethesda Fountain staircases. We reached out to the email address on the flyer and discovered we have a bit of an internet celebrity in our midst, and he’s hoping to track down an Upper West Sider he recently met in the park.

Sign creator Kelly Wakasa told ILTUWS that “if Julie sees this I’d like to let her know I’d love to take her on another adventure or get some food together!” Wakasa, a skateboarder and content creator who currently has more than 774k subscribers on YouTube, also wanted Julie to know that she’s “truly a unique and amazing person to be around!” 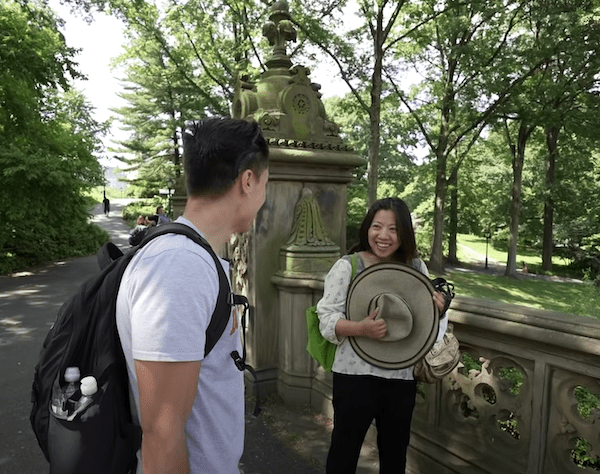 Julie and Kelly first met on the pathway overlooking Bethesda Fountain. Wakasa approaches Julie and asks, “Excuse me, would you like to go on a horse drawn carriage with me?” Julie, who flashes some smiles asks, “why?” before Wakasa replies, “We can go on a quick date.” Julie agrees shortly thereafter.

While on the carriage ride, Wakasa refers to Julie as his girlfriend before he asks her to teach him some bad words in Japanese. Both Kelly and Julie are of Japanese descent. Wakasa whispers in his mic that he’s going to go in for the kiss but laughs it off, telling the viewers he’s joking. Seconds later in the video, Kelly reveals he’s thinking about moving to New York and asks if Julie needs a roommate. “You should try,” Julie tells Kelly, adding that she would let him be her roommate. 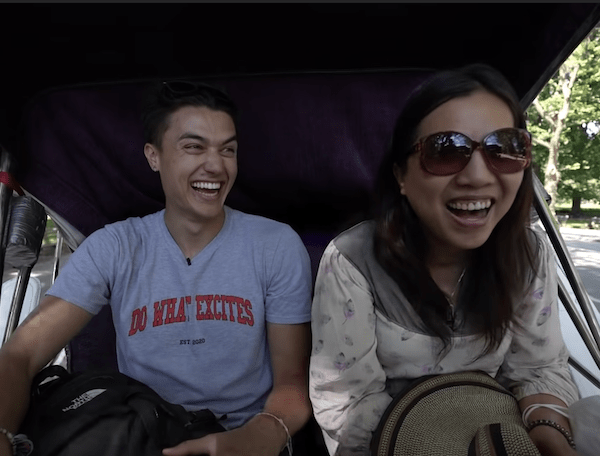 Wakasa moves quickly to get to the bottom of the potential sparks flying and asks Julie, “What are we?” Julie replies, “human beings,” which sends Wakasa into a simulated comical cry. As the two are parting ways and Julie says goodbye, Kelly says “she’s playing hard to get right now.”

Three days ago, Wakasa posted a new video to YouTube about his first New York City apartment. The video has already accumulated over 300k views. So, maybe Julie doesn’t have to worry about putting Kelly up anymore, for now at least.

Wakasa tells ILTUWS that he loves living in NYC; “the energy, everything feels fresh, the people here are all such characters, but I’m a bit nervous for the upcoming winter since I’m from California.”