Morningside Park may not be the biggest park in New York City . . . but it’s certainly among the most interesting in both what it has to offer and its history. That history in a minute, but first, let’s take a virtual stroll through the park’s 13-block stretch within Morningside Heights.

Morningside Park covers some of the most beautiful terrain still visible in the City. If someone just plopped you down in front of the pond and 20-foot-high waterfall near 113th Street you might never guess you’re in an urban environment at all. (And what a story lies behind that waterfall! More later.) 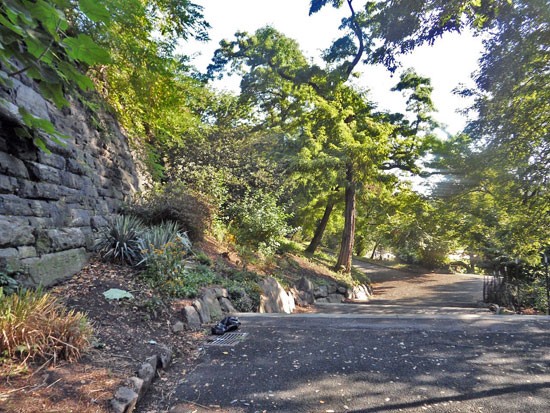 Bounded on the west by Morningside Drive and the east by Manhattan Avenue, Morningside Park is long and lean and packed with scenic beauty, unexpected wildlife and plenty of places to play. The terrain drops dramatically from west to east exposing gray stone faces of cliffs that catch the rising sun (and hence the name “morning” side). Above the cliffs is the Morningside Heights neighborhood. 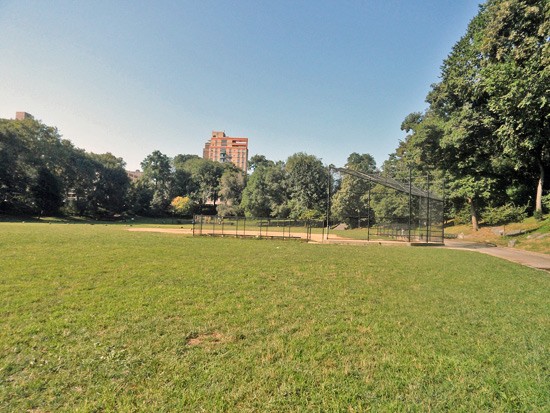 The pond not only draws park visitors, it draws a variety of ducks and herons, Canadian geese and more.  And once away from that peaceful setting, Morningside Park boasts a fantastic array of opportunities for outdoor fun including baseball fields, multiple basketball courts, handball courts, playgrounds, and walking and bike paths. There’s even a farmer’s market from May to December.

As with Central and Riverside parks, statuary dots the landscape of Morningside Park. Among the most famous are the Carl Schurz Monument and the Seligman Fountain (also known as “Bear and Faun” because, as you would imagine, it features a bear listening to a half-man, half-goat playing reed pipes). 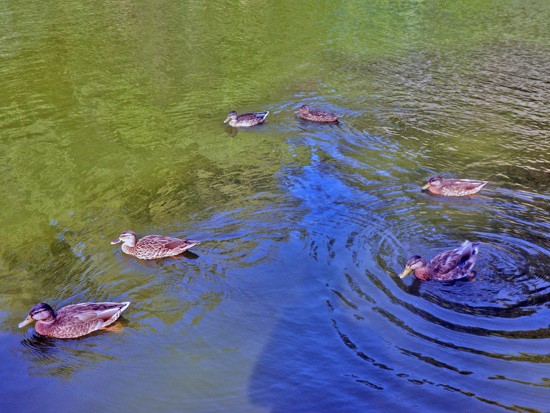 The combination of cliffs, green space and water make Morningside Park a uniquely beautiful corner on the Upper West Side. But as attractive as the park itself is, its history is every bit as interesting. 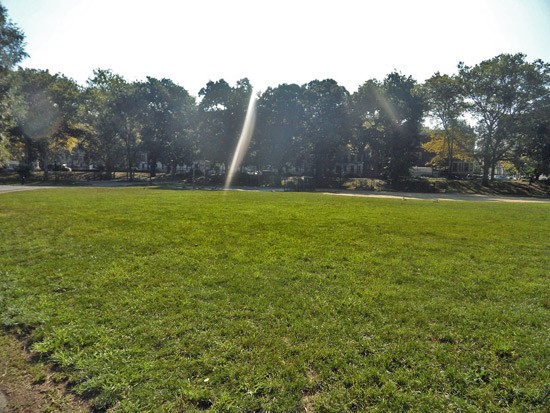 First, area residents can thank the park’s rough terrain for its existence. In the late 1860s, city planners had designed the famous New York grid of streets and avenues. But they decided the Morningside Park area was too difficult to excavate and fit in the grid, so the planned a park instead.

The city turned to designers Frederick Law Olmsted and Calvert Vaux for Morningside Park . . . and promptly rejected their plan. They brought in Jacob Mould, who gave it its basic shape . . . and then he died! So they brought Olmsted and Law back. Using the footprint Mould established, they preserved the lush, natural feel the park boasts now. Some called it Olmsted’s best work. 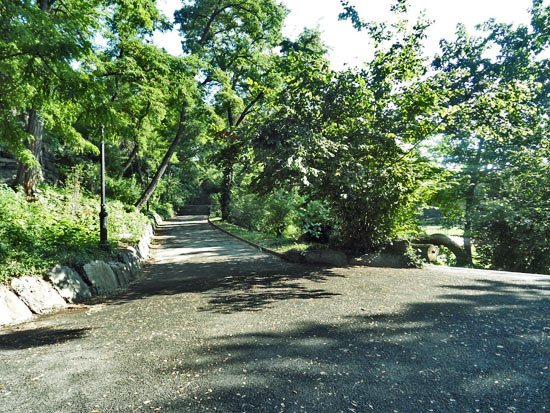 The centerpiece of Morningside Park surely is the pond and dramatic waterfall . . . which almost was a basketball gym. (You can’t make this stuff up.) In 1968, Columbia University announced a multi-use athletic facility for the university’s basketball team and for community use. It sparked massive protests from students in which ultimately brought construction to a halt. 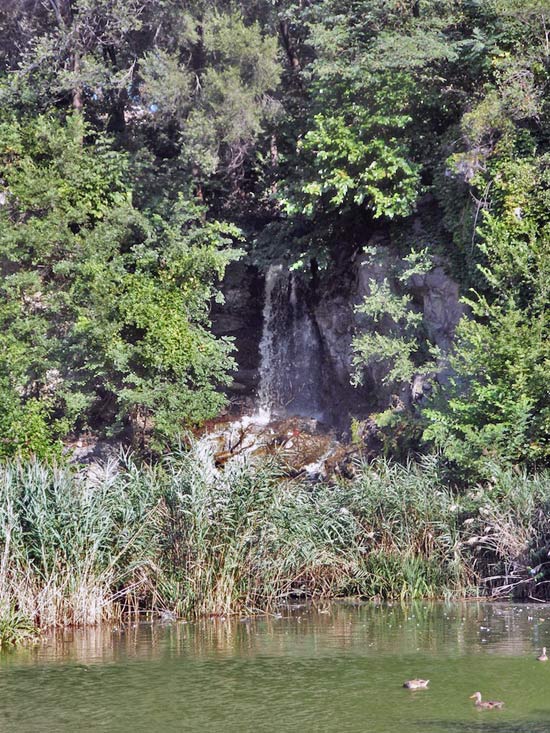 So what to do with the large crater excavated for the gym’s foundation? Fill it with water, form a pond and drape a waterfall on the cascading stones nearby.

Explore Morningside Park and find an urban oasis often overlooked by those not familiar with the Upper West Side.