Several signs posted around 83rd and Broadway indicate that The Marvelous Mrs. Maisel will be filming Upper West Side scenes for season 3 on Friday.

The signs say filming will take place between approximately 7am and 10am on Friday, July 19th.

Filming vehicles will be holding parking spaces in the following locations:

But you’re most likely reading this because you want to catch some stars in action! We saw them filming in the same area last year. 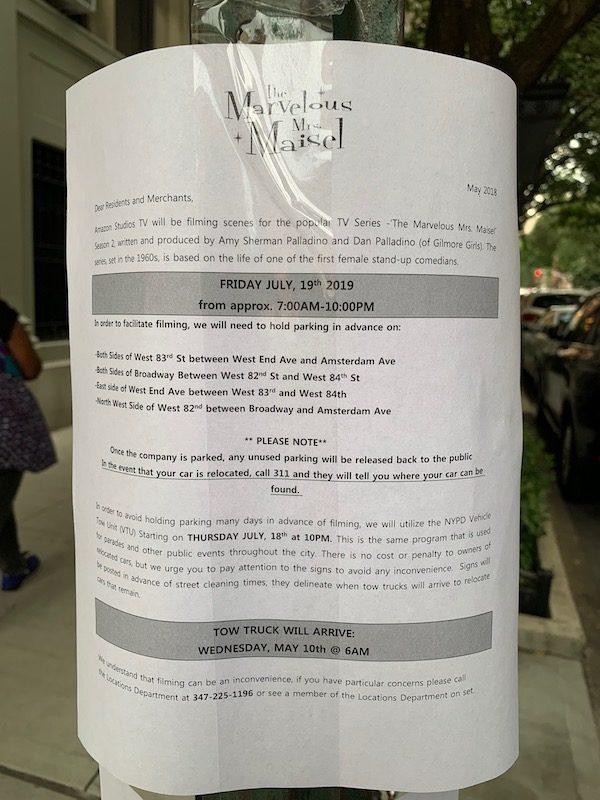 It was recently announced that The Marvelous Mrs. Maisel has been nominated for 20 Emmy’s and will release season 3 on Prime Video later this year (though we don’t know the exact date). Feel free to follow the show’s official Twitter page for updates.

If you’re new to the show, here are the main cast members (and people you might see if you swing by 83rd Street on Friday):

More News About Famous People: Randy Rainbow has moved to the Upper West Side!

Where to Donate Clothing on the UWS