Home
Events
Music Frees All Festival Day Party on the Upper West Side
[dropcap style=”font-size: 60px; color: #9b9b9b;”]O[/dropcap]n Sunday July 21st, the good people at Hostelling International, on the corner of Amsterdam and 104th, in conjunction with the Music Frees All Festival, will be hosting an all day event, featuring barbecue, free beer, performance art and 7 funky-ass bands who are bound to get the Upper West Side shaking. This will be going from 1-9pm and doesn’t look like it’s going to have any dull moments whatsoever.

The lineup is heavily afrobeat influenced, but still very eclectic. Headlining the bill will be the No Mirrors Orchestra, a 21-piece funk afro-beat powerhouse led by Miles Arntzen, a member of seminal NYC afrobeat outfit Antibalas, as well as some of the finest young players in the city. They will play a mixture of originals and a few covers by founding father of Afrobeat, the great Fela Kuti.

Covering an artist as iconic as Fela is no small task, but with 20 skilled musicians behind him, including an extensive horn section, I think Miles Arntzen and this killer ensemble will more than do the music justice. Miles Arntzen will also perform earlier in the day with his funk band, the EMEFE Horns. EMEFE’s players have some killer chops, impeccable arrangements and are soulful as ever. Their set will surely be another one you don’t want to miss. 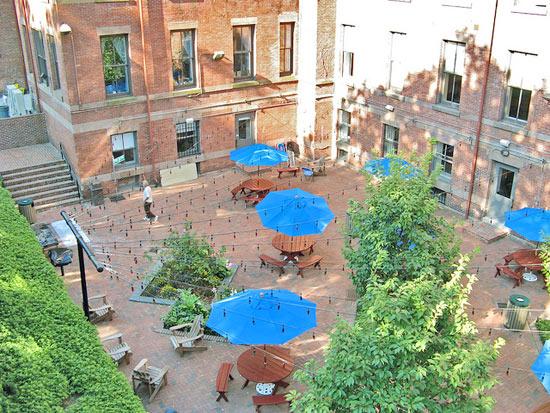 The Music Frees All Festival Sunday Party is bringing a wonderful edge of eclecticism to this event by keeping it funky, yet still diverse in the way each group interprets this beautiful soul-shaking genre. Karikatura delivers their own brand of funk with a latin beat. They keep it tight and funky, yet still deeply rooted in Latin rhythms. This should be a great change in style from the more straight funk, hip-hop, neo-soul and afrobeat sounds of rest of the days performers, and once again is a lovely display of what makes this festival great. Meanwhile Super Hi-Fi will serve up their own unique flavor of afro-dub led by dueling trombone players. Afrobeat style horns playing dub melodies with a reggae backbeat, very cool. Then to flip the script on you some more, New York MC and rhythmic wordsmith, Nickel is performing with his funky jazz induced live hip-hop band, Nickel and Dime OPS. The group is made up of some fine New York jazz players and Nickel leads them with skilled freedom, using his voice with the same authority and finesse of an old jazz bandleader, making room for the players’ solos in between his verses. Gabriel Garzon-Montano will be performing his own brand of neo-soul, slightly reminiscent of early D-Angelo. Zongo Junction, another kickass afrobeat band with eleven members and a psycedelic edge is sure to be a force to be reckoned with as well. The day will also feature some bonus revelry in the form of circus performers, tap dancers, live art and a variety of food vendors and barbecue. Oh… and FREE BEER!!! Seriously what more could you ask for a on a New York City day??? Get out there Sunday 7/21 and see for yourself. 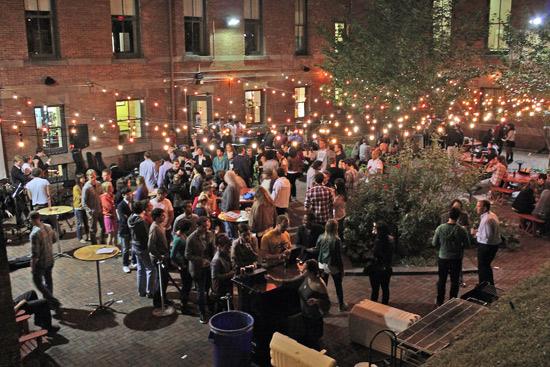