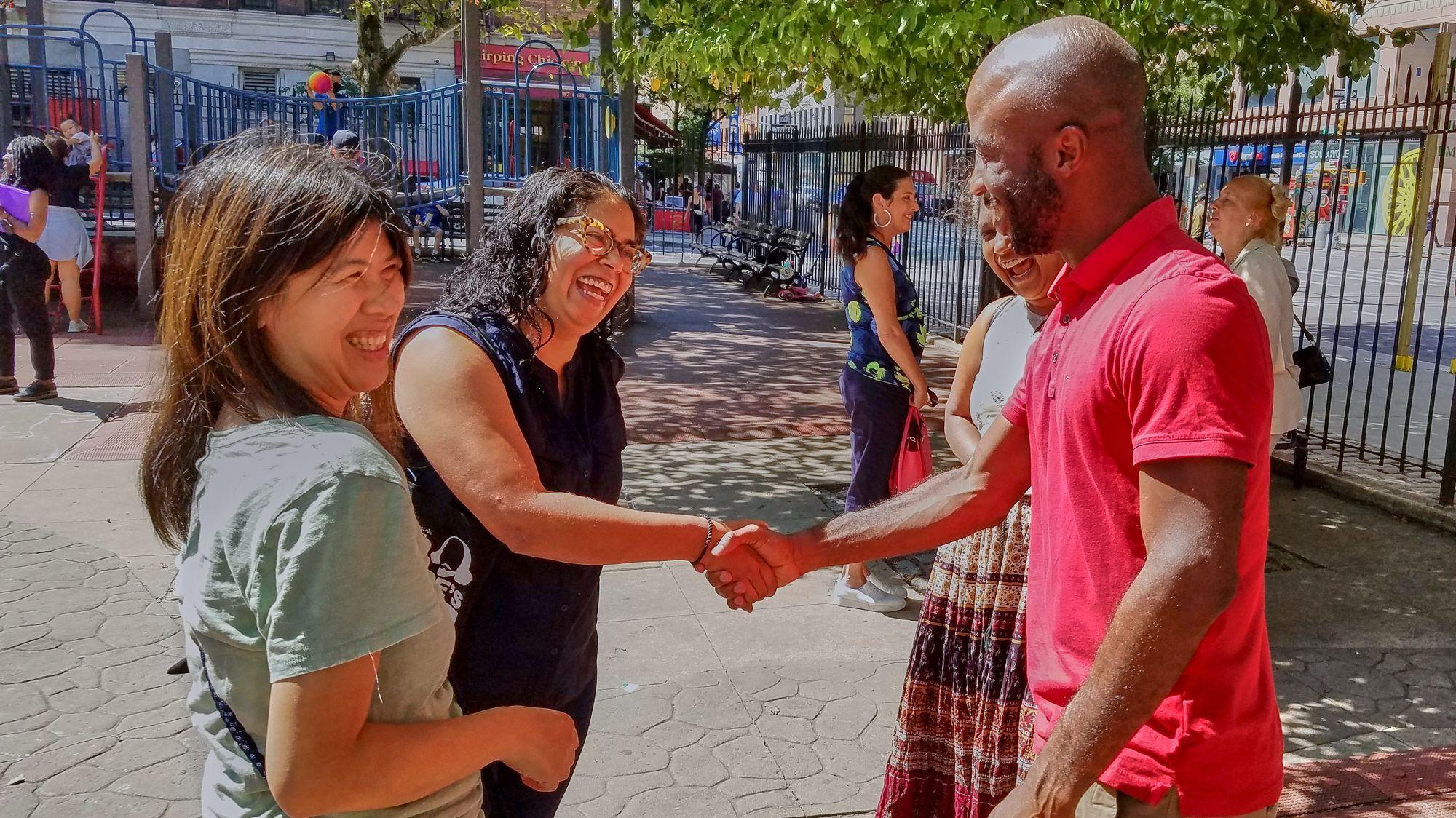 The district’s new schools superintendent, Kamar Samuels, is stopping by UWS playgrounds this month in a grassroots effort to reach out to parents, including those he met at Tecumseh Playground on Saturday, September 10.

“I’m here today at 77th and Amsterdam at a playground to be accessible to all parents,” Samuels said, also explaining why he chose playgrounds as his venue of choice. “I am a parent myself, and I spend a lot of time on the playground with my daughter, and I realized that people talk a lot about the schools on the playground, and I want to make sure that I am hearing what they are saying.” City Council Member Gale Brewer was also on hand to support Samuels’ visit and to take questions from residents.

Recent issues in education include the lottery system for school admissions; specialized high school processes and notifications; concerns about the leadership at Manhattan School for Children; and class sizes.

While Samuels may have his hands full upon becoming superintendent earlier this season, he says, “I hope to hear all the things that I need to do to create a district that is serving all of our kids.”

One parent asked about getting timely recaps of district-specific meetings, while others had more personal concerns about their children’s specific needs. Fourth graders from P.S. 87 asked him which subject in school was his favorite: “Gym.”

“I love the Dinosaur Playground. Here [Tecumseh] the wagon. The wagon is awesome. My daughter loves it,” Samuels said. “I think she’s going to start calling this Wagon Wonder Playground.”