It’s been two years since the Lincoln Plaza Cinema shut its doors and caused catastrophic waves of shock felt around the Upper West Side, which even prompted Vulture to write a eulogy for the cinema. Inspired by thirty years of watching films at the cinema, Norma Levy teamed up with other moviegoers to create New Plaza Cinema. The organization aims “to find a permanent space on the Upper West Side to create and operate a not-for-profit neighborhood cinema devoted to quality independent and foreign films.” 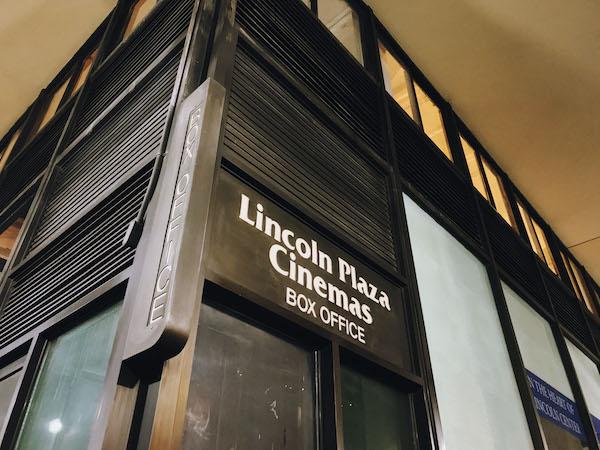 This January 26th marks the two-year anniversary of New Plaza Cinema, which will be celebrated with a screening of “Cinema Paradiso,” an award-winning film directed by Giuseppe Tornatore in 1988. Due to last week’s water main break, the event will take now take place at the Jay Sharp Theater at Symphony Space. The cinema’s regular home, the New York Institute of Technology, was affected by the flood damage. Nevertheless, the show must go on.

Tickets for the anniversary event start at $30. After the screening, there will be a Q&A by Sara Lukinson, a three-time Emmy winner and expert in Italian Cinema, followed by a wine, cheese, and dessert event.

According to the website, supporters who donate $100 or more will receive exclusive perks such as a pre-film champagne event at 5:30 PM, which includes a platter of light sandwiches and gift bags. Those donors will also get the chance to meet Toby Talbot, the former operator of the Lincoln Plaza Cinema. Her husband, Dan Talbot, founded the cinema along with Bernardo Bertolucci. In addition to meeting Mrs. Talbot, supporters will also meet Father Marc Vicari, who lived in the small Italian town where “Cinema Paradiso” was filmed and listen to his explanation of how the film affected the town. There will also be raffle tickets with prizes, including an Agnes Varda film poster graciously donated by Mrs. Talbot, a film projector, and many fun items.

In just a short time, New Plaza Cinema has devoted itself to not only saving a landmark but an entire industry from becoming a nostalgic pastime. It shows screenings “RGB,” “Late Night,” “Apollo 11”, and “The White Crow,” to name a few. In an interview with NY1, film historian Max Alvarez explained the significance of cinemas in New York. “A film that opens in a specialized market in New York, specialized theater and it gets positive reviews and audiences go to see it; it’s going to influence theater owners in other cities with specialized booking policies to book the film. If there isn’t that theater available in New York, the film is going to have an uphill battle.”

Visit New Plaza Cinema’s website to learn more about their cause and to donate.