Jeffrey Lefcourt, founder and owner of The Smith, is planning to open a small pizza and pasta restaurant to 320 Columbus Avenue at the corner of 75th Street, formerly home to Indian restaurant Saffron. Expected hours are 8 a.m. to 1 a.m., and Lefcourt says it will be a cafe-style breakfast with coffees and pastries. Examples of pizzas and pasta dishes to expect were not provided.

The name of the upcoming restaurant was not revealed at the meeting.

Lefcourt is also the former owner of The Neptune Room at 511 Amsterdam Avenue (between 84th and 85th streets, now home to e’s Bar), which closed in December 2008, according to Eater.

A new seafood restaurant will be opening at 635 Amsterdam Avenue (91st Street), formerly home to Blockheads, which was known for being a bit loud. The owner of the soon-to-open restaurant — he’s aiming for October — promised that his establishment will not be loud, and expected hours are 11:30 a.m. to 9 p.m. (they’ll probably stay open until 10 p.m. on Fridays and Saturdays). 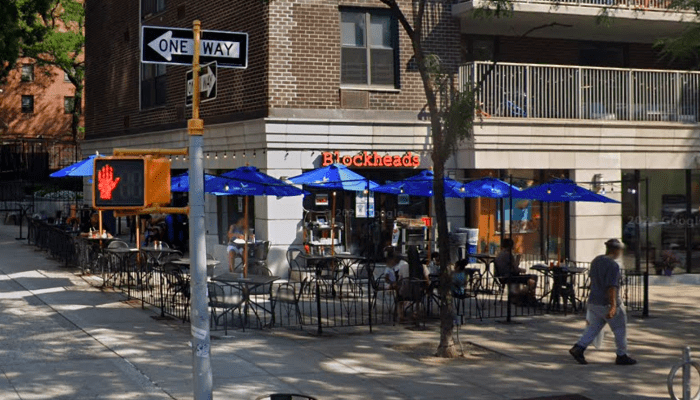 While the name of the upcoming restaurant was not brought up during the meeting, agenda notes indicate it will be called Cibo NY (though it does not appear to have any connection to Cibo e Vino on 89th and Broadway).

The owners are currently remodeling the space, which they say will include an outdoor patio which will be used year-round (the owner explained that it would be fully “enclosed with nice windows and planters” during the winter).

The Migrant Kitchen Soft-Opens This Week