My scantly dressed figurine came out of storage the other day to remind me, soon it will be New Year’s Eve! 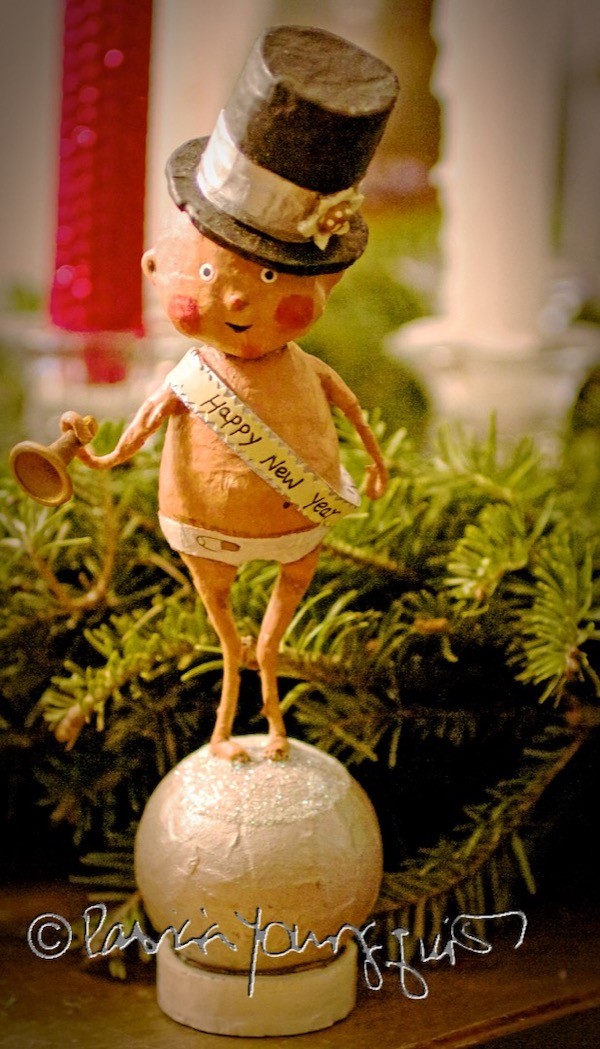 He also told me something I’ve known about for years: “When it comes to celebrating New Year’s Eve in New York City, some people love dressing up and attending a swanky open-bar affair with their whole crew. Others enjoy an intimate prix fixe dinner with their significant other or a couple of friends. And then there’s a few thousand people who prefer to ring in the new year by literally running into it.”

The few thousand people who ring in the new year by “running into it” often do so in costume; and as they run, a canopy of fireworks looms above them while another few thousand spectators (which often includes yours truly) sing “Auld Lang Syne” before “oohing and ahhing” at the sight of fireworks lighting up the skies over Central Park. 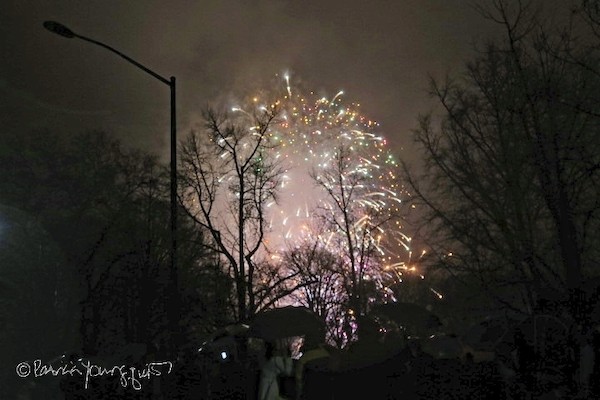 Here is a video of how the event looked in bygone years to give you a sense of what to anticipate should you decide to spend your New Year’s Eve in Central Park while being in the company of many an Upper West- Sider.

I’ve been doing this for a number of New Years’s Eves including this past one (where I took the photos of fireworks that are interspersed with this information).

In any event, during my many times of watching The Midnight Run and fireworks, I have talked with several bystanders about our mutual experience, yet it never occurred to me to find out how the tradition began.

Upon being reminded by my figurine about the fairly limited number of days left in 2019, I decided that it’s high time I found out how the Central Park New Year’s Eve celebration came to be a tradition.

It evidently began in 1979 with a man named George Hirsch.

Hirsch had helped Fred Lebow start the five-borough New York City Marathon in 1976 to celebrate the nation’s bicentennial and with the success of the first race, that became an annual occurance which has become one of the world’s leading sporting events.

Subsequently — in 1979 — Hirsch founded the Midnight Run in New York’s Central Park, a race that has since taken place every New Year’s Eve.

NYRR President and CEO Michael Capiraso explains that when the “nonprofit running organization New York Road Runners (NYRR) hosted the Midnight Run in Central Park as its final race of the year kicking off with a countdown at 11:59pm on December 31… Despite the late start time and frigid temperatures, the four-mile race drew all levels of runners to the event as a fun, healthy, and unique way to celebrate New Year’s Eve. ‘We loved being able to provide those resolution runners with access to an early start on their goals and hoped to see them back running with us throughout the year…’”

Regarding the Midnight Run, Capiraso also states “People of all ages get to kick off the new year with their fellow runners in a secure area of the park as the ball drops a few blocks down (in Time Square). This race provides runners of all ages and abilities with a fantastic chance to start 2019 off on the right foot and begin fulfilling their New Year’s resolutions during the very first minutes of the new year.” 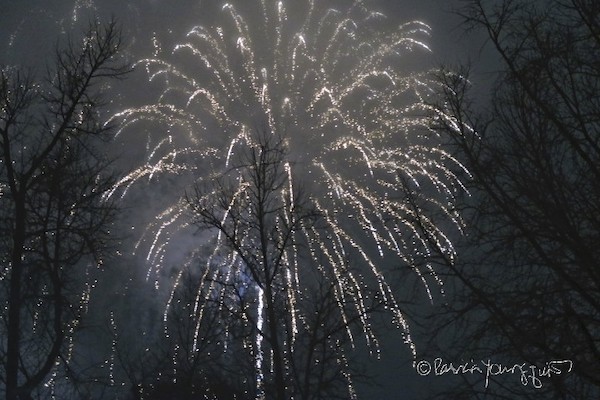 This year NYRR wants runners to please note: “Your 9+1 credit goes toward entry into the 2020 TCS New York City Marathon.”

Additionally NYRR encourages runners to “Warm up with a complimentary hot chocolate or coffee when you stop by the NYRR RUNCENTER between 11:00 a.m. and 1:00 p.m. on New Year’s Eve to pick up your race number for the NYRR Midnight Run.”

Here is the itinerary:

Some of you may be wondering what you can expect as a 2019 rolls into 2020 if you are a spectator at this event and CentralPark.com has the answer, saying, “As we enter the New Year, fireworks will be fired at the center of Central Park, Bow Bridge and Cherry Hill, making the fireworks visible from most parts of the park. Take your spot in advance and enjoy the night with a cup of hot chocolate.” 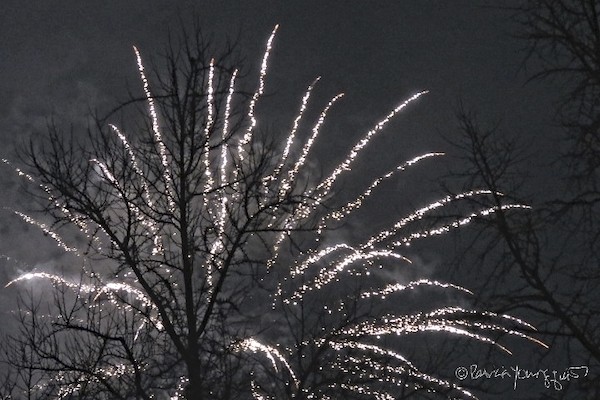 They also warn interested persons to “please be advised that Cherry Hill, Bow Bridge, and Belvedere Castle Plaza will be closed all day. Also, Strawberry Fields, Naumburg Bandshell, Bethesda Fountain, and the East and West 72nd Street entrances will be closed after 8.00pm for safety reasons (and) Park visitors will be subject to a security screening, so allow extra time to enter the Park.”

If you don’t have plans as for your New Years Eve, I highly encourage you to take part of it as a runner or a spectator and I’m not alone in this unofficial endorsement: Check out an article of the experience a runner had last year!

Whatever it is you decide to do, I wish you a safe celebration as we ring out another decade…and roll into a year with a number associated with perfect vision: 2020!

“We Are Staying” with Jen Rubin and Amy Harmon

New York Comic Con 2019: A Preview of What’s To Hit The Screen