The Walking Dead, Outlander, The Avengers, Harley Quinn, even a tribute to Buffy and Angel; all of your favorite shows and characters were on display this year at New York Comic Con. 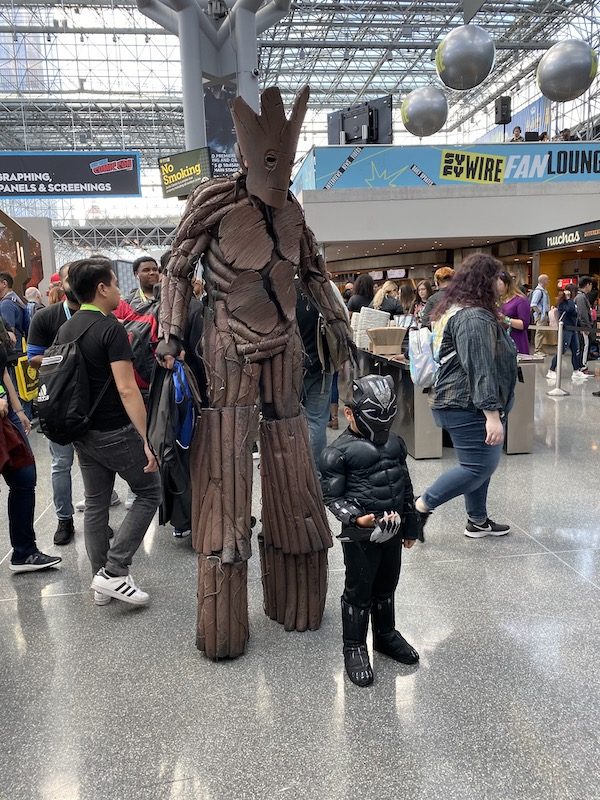 Groot, is that you?

“New York Comic Con is the East Coast’s largest pop culture convention and the only one that takes place in the comic book, publishing, media, and licensing capital of the world- Gotham City.” 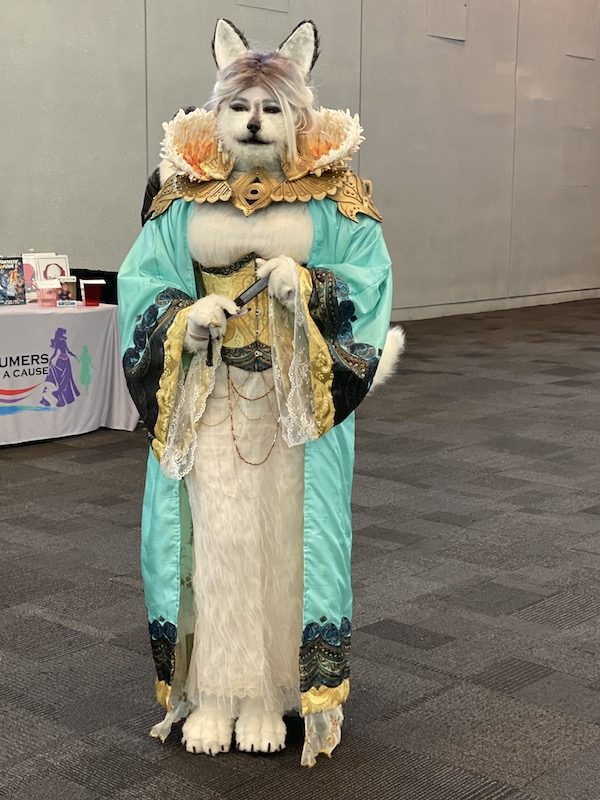 This year, huge crowds (more than 250,00 people) turned out to make it the largest pop and comic event in the country. During each day of the 4-day convention, badge holders were able to meet and greet with their favorite stars, try out the latest video games, shop, and attend panels of their interest.

The main location for Comic Con is the Jacob Javits Center, but panels and events are hosted around the city, including The Hulu Theater at Madison Square Garden and Hammerstein Ballroom. 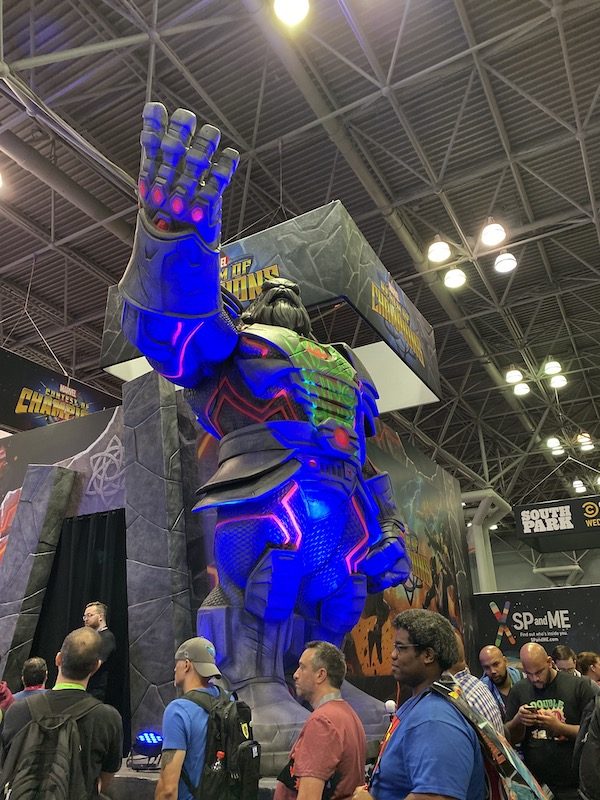 Harry Potter and the Cursed Child kicked off the festivities with a panel and appearance from Potter himself, as well as the other leads from the Broadway hit. Other highlights were The Walking Dead’s world premiere of Season 10, and of course the much anticipated trailer for Outlander Season 5. I caught up with Sam Heughan, who plays the lead character Jamie Fraser, right before the Outlander panel on Saturday night. He is thrilled to be visiting NYC.

Fans of Angel, which is now 20 years post premiere, got a huge treat. The panel was hosted by Buffy the Vampire Slayer alum, Clare Kramer (who played Glory) and almost the entire cast was in attendance to meet and greet.

Marvel characters, including The Avengers and Spiderman, seemed to be everywhere this year. Among the many exciting announcements made by Marvel, the trailer for Runaways was one of the highlights. 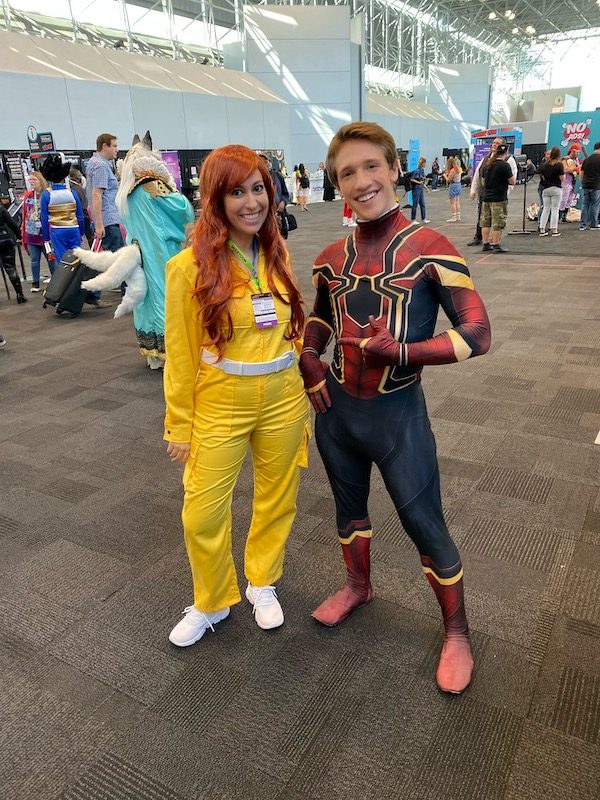 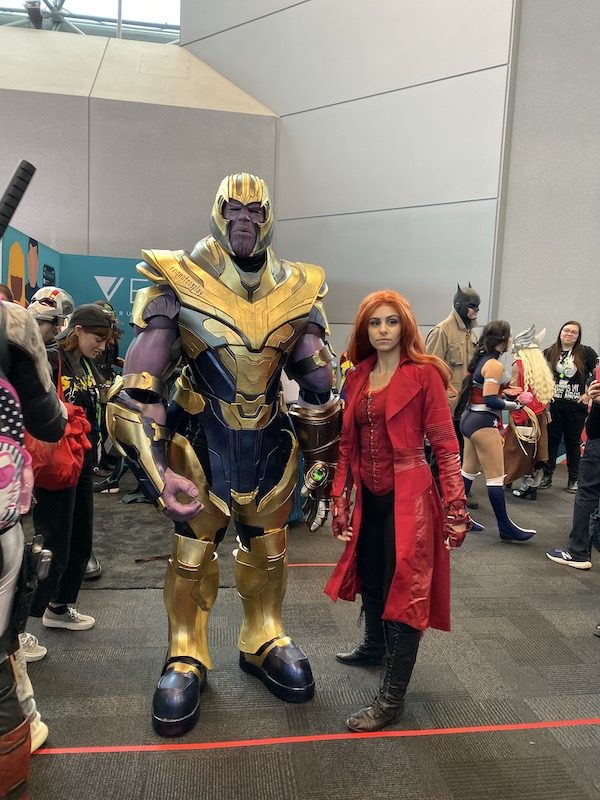 Those in attendance for the last day were able to check out screenings for Riverdale, Harley Quinn, and Batwoman, all presented by Warner Bros. Television, hosted at the Hulu Theater at MSG. 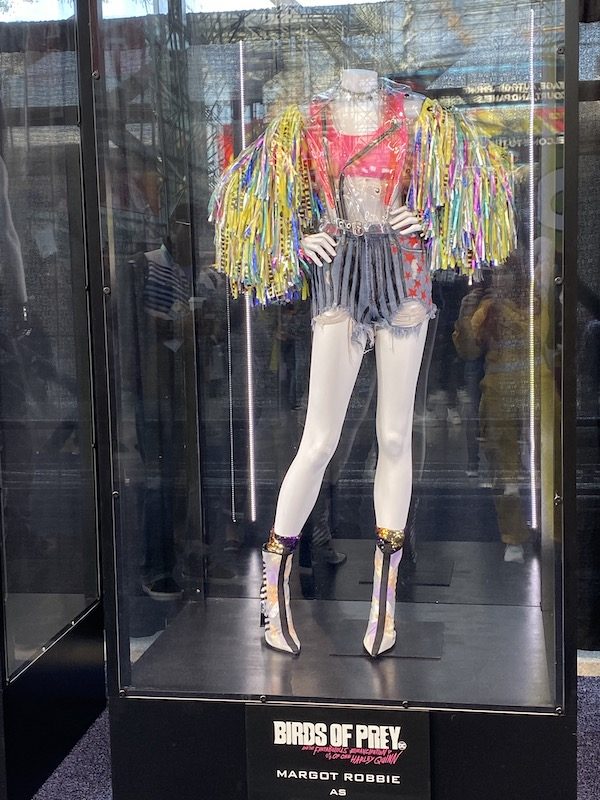 No matter if you are a huge fan of comics, pop culture, these shows, or just the characters, Comic Con this year was a blast. If you couldn’t make it this year, this is an annual event and you can attend next year. Tickets go fast so make sure to stay up to date!