The New-York Historical Society presented plans to the CB7 Preservation Committee on Thursday, May 13 for approval to create a four-story addition to the museum in the vacant lot on West 76th Street. The addition would include a rooftop and an interior garden.

The New-York Historical Society purchased the vacant lot in the 1930s for the purpose of constructing an annex, so an effort to make use of the space has been in the works for a long time. The museum’s president, Louise Mirrer, said that the time has finally come for the expansion to occur. She said that the museum gets nearly a half million visits a year and they need the extra space and facilities to keep up with demand.


“We’ve exhausted virtually every nook and cranny in our headquarters building at this point. That includes the major renovation that we did in 2011, as well as a gut renovation that we did on the fourth floor, just a couple of years ago. We’ve reached a point at which we have a huge deficit of classrooms, just very limited space in which to accommodate the young people who come to us to learn history. [We also have] a massive deficit in bathroom facilities,” Mirrer said.

Mirrer explained that the additions would include new initiatives including a partnership with the Mora Center for Women’s History, and a brand new collaboration with the American LGBTQ+ Museum. The library collection has also been moved off site so that the area could be updated for safety conditions.

REMOVING AND REPLACING THE ROOSEVELT STATUE

Graham Wyatt, a Partner at Robert A.M. Stern Architects which was hired for the project, outlined the planned expansion. He detailed the museum’s long history of moving, as the building on Central Park West is its eighth home. 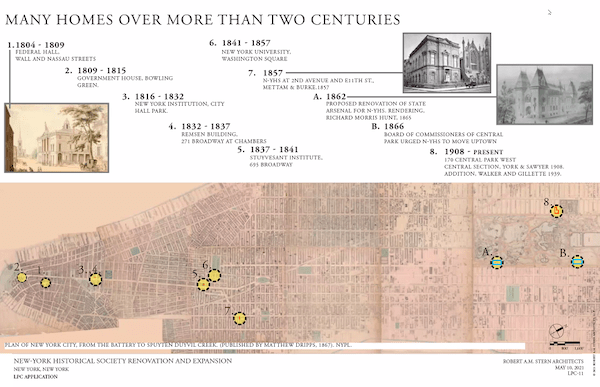 “They initially purchased [this building] in 1891, right at the time when the Upper West Side was being subdivided and going through its first real estate boom … the New-York Historical Society knew that they would have a continuing need to grow, and in the 1920s, even before they had completed the building that we know today, they purchased three lots to the west of their recently completed home. Two of them facing 76th street and one going through to 77th Street,” said Wyatt.

Although there were multiple architects that worked on the buildings, they always strived to keep the look and feel the same. Over the years there have been many failed attempts at additions to the building. These plans never received approval to move forward. The stated goal of these new additions, are to keep the impact to the community as minimal as possible, while maximizing much needed functionality for the museum. One of the additions slated in the first phase is a sculpture garden.

At the completion of the presentation, the board was given the opportunity to ask questions and make comments. Most questions revolved around the timeline for completion since there would be phases.

One community member, Peter Wright, who lives in the immediate area which would be directly effected by the construction, was pleased with the presentation and supportive of the new plans.

“I think [I’ve seen] three failed construction proposals, mainly towers over the roof. And in this particular case, this is the fourth time I’ve seen the presentation, which I think is very thorough. I think it not only represents the obvious needs of the Historical Society, but for the first time ever, it’s a project which is highly sensitive to the neighborhood on 76th and to those of us on 77th who directly face the garden,” Wright said in support of the plans.

A local teacher also spoke about the impact the additions would have for her students. She wanted to go on record to support the expansion.

The CB7 committee voted to pass a resolution to approve the expansion plans and will present the plans and resolution at the next full board meeting.


Here are some visuals from the presentation: 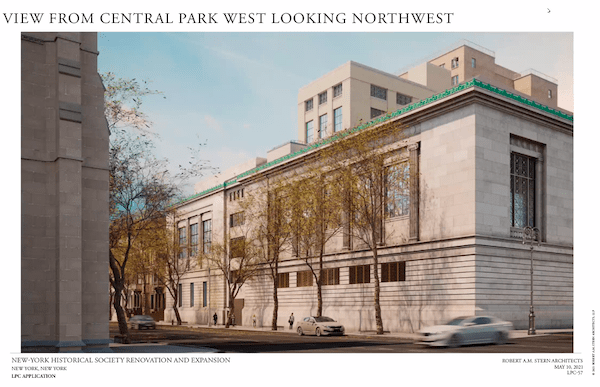 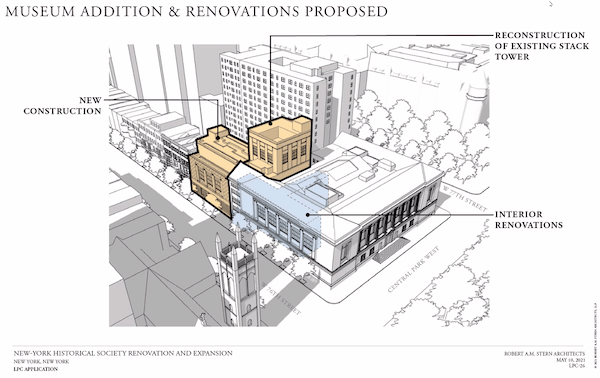 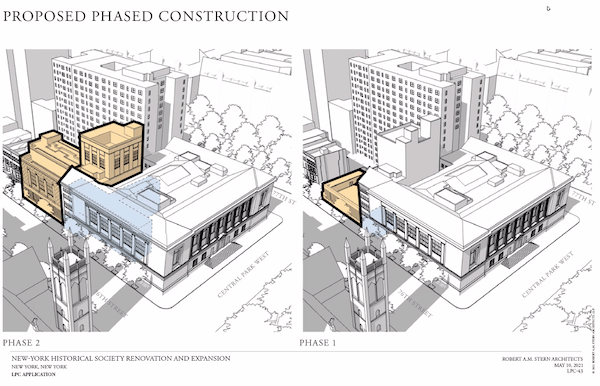 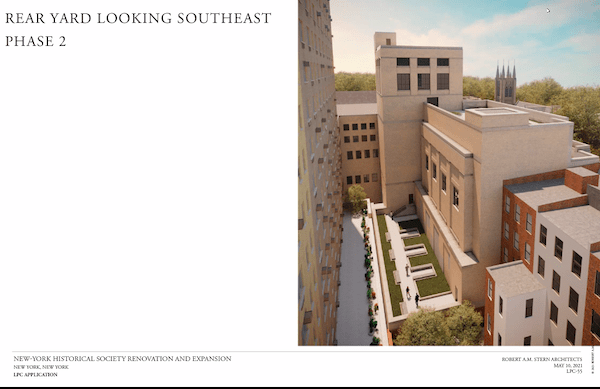