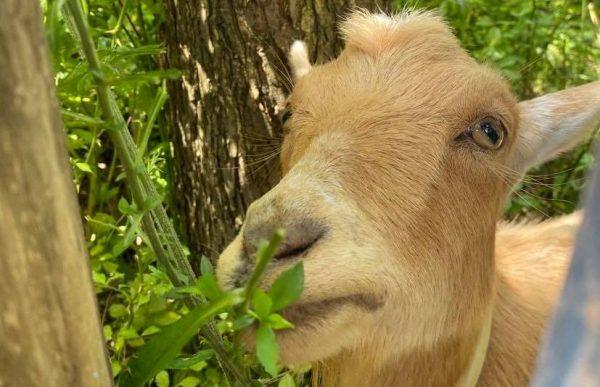 Riverside Park Conservancy has announced the forthcoming return of the weed-eating goats for their third official summer internship.

The Goatham Initiative aims to clear invasive plants from Riverside Park between 119th and 122nd streets.

The Conservancy will be announcing the date of the “Running of the Goats” on its Instagram page and other social media profiles.

It’s also been announced that the 119th Street Tennis Courts will be getting a major facelift.

The project is slated to begin in late June and will involve resurfacing — “crack repair overlaid with a new acrylic surface coating” — which is expected to take two to three weeks. The project will be split into two segments so that half of the courts remain open for play throughout the construction period.

The work is being paid for with $125,000 allocated from Assembly Member Danny O’Donnell, combined with the Conservancy’s privately raised funds.

O’Donnell has allocated an additional $125,000 to finance two new multi-sport courts near 105th Street in Riverside Park in the fall of 2022. The two courts will have specially-designed adjustable nets for badminton, youth tennis, volleyball and pickle ball.

Finally, the Conservancy has announced that its work on the 83rd Street stairwell is nearing completion: