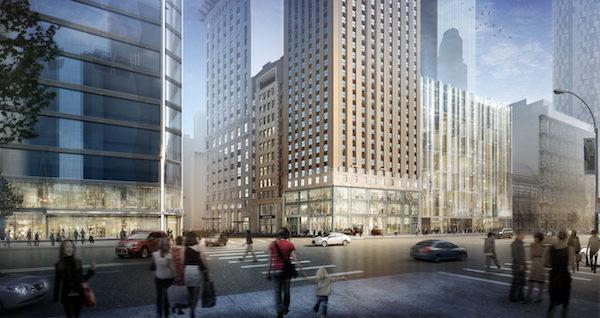 The new store is seven stories tall. Two floors underground and five above make this the company’s largest store and biggest investment yet. 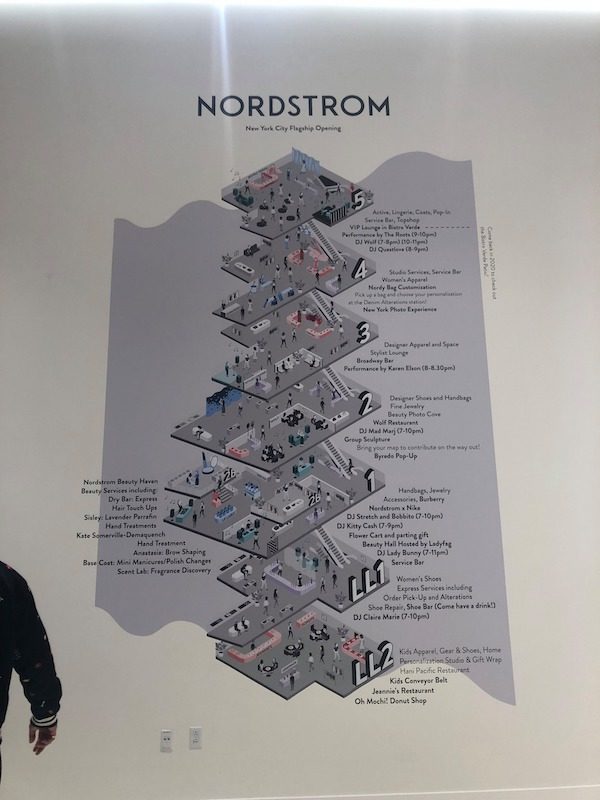 The location will also be home to six new Columbus Circle restaurants, and two of the six will be restaurants run by major Seattle chefs, Ethan Stowell and Tom Douglas.

Some of the labels shoppers will find include: 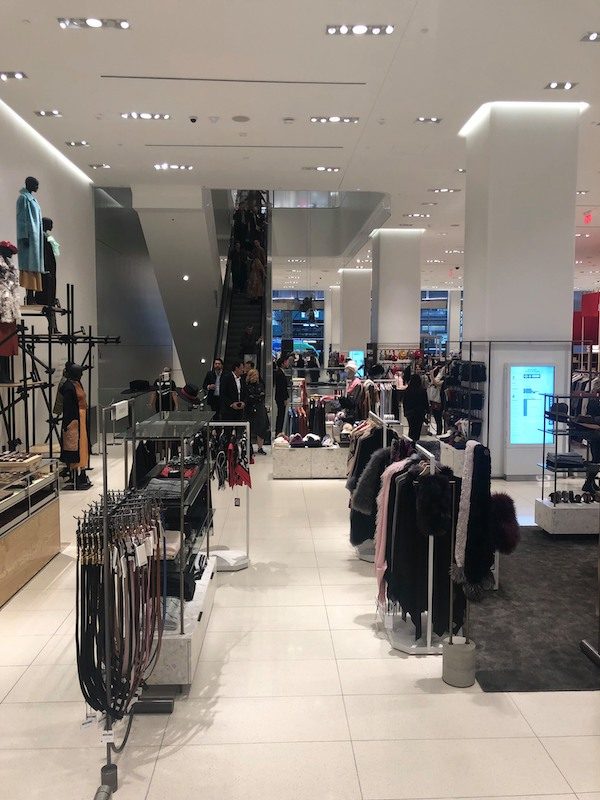 The new Nordstrom will also have special collaborations for a limited time. They’re working with Burberry, Nike and Christian Louboutin.  And a rotating collaboration called “Pop-in@Nordstrom” (the first partner for this run will be Everlane).

Stowell will be at the helm of a restaurant called Wolf, paying tribute to his critically acclaimed Seattle restaurant How to Cook a Wolf. Douglas, a three-time James Beard Award winner will run a pizza venue called Jeannie’s and another Pacific Rim-influenced spot called Hani Pacific.

At Wolf, Stowell will focus on Pacific Northwest ingredients and Italian cuisine. According to Eater, planned menu items include polenta fritters and other shared plates. The restaurant will stay open past Nordstrom’s retail hours.

Jeannie’s will be centered on pizza, pasta, and salad, serving as a more casual venue for shoppers. Another location of Jeannie’s run by Douglas currently lives in the Las Vegas Nordstrom. Hani Pacific will be a new venture for Douglas, and will incorporate cuisine from the Pacific Rim. Menu items will include caramelized coconut chicken and red chili pork ramen.

In addition to these two, three other venues will open. Broadway Bar and Bistro Verde will serve food. For drinking needs, Shoe Bar,  an appropriately-named cocktail bar will be open all day on the shoe floor. Bistro Verde will house itself on the uppermost floor, and in 2020 plans on offering an outdoor patio for al fresco dining.

Where To Buy Books, Toys & More This Holiday Season

The Sill Upper West Side

79th Street Pharmacy on the Upper West Side