The course for the race starts off in the borough of Staten Island by Fort Wadsworth and then goes into Brooklyn right along Bedford Avenue for about 11 miles. During this leg of the race, runners pass through quaint neighborhoods such as Park Slope and Williamsburg.

After crossing the Pulaski Bridge to enter the Queens borough, runners make their way to the island of Manhattan by crossing yet another bridge over the East River. The race then continues through the Upper East Side and into the Bronx by crossing the Willis Avenue Bridge right before descending back into the city through Harlem and then along Fifth Avenue. The last leg of the race finds runners heading into Central Park before making a quick detour by Columbus Circle on the Upper West Side to reach the finish line. 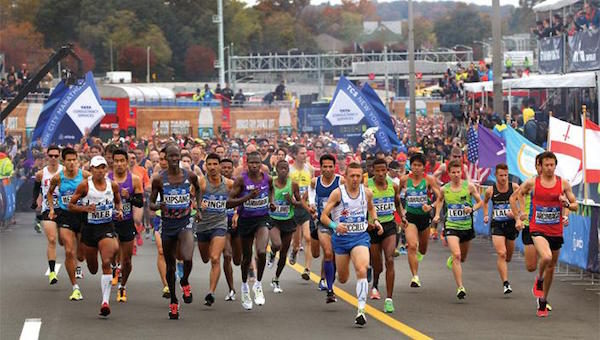 In 1970, the first NYC Marathon took place in Central Park and was organized by Fred Lebow and Vince Chiappetta. On the very first official race, 127 participants showed up ready to complete the marathon yet only 55 of them managed to cross the finish line and all of them were male. This is a far cry from the hundreds of thousands of male and female runners who participate in the marathon year after year today. By 1976, the NYC Marathon expanded to take over the five boroughs and the race started to gain more popularity. The marathon founders could have never expected that by 2014 more than 50,000 runners would cross the finish line.

One of the marathon’s main objectives is to celebrate the diversity that makes America such a great country. In New York City, hundreds of individuals from different backgrounds converge to transform the city into one giant and exciting cultural melting pot. The race can also convey a sense of union when tragic events take place. After the 9/11 attacks, the marathon symbolized the strength of the human spirit against despair and terror. In fact, that year Deena Kastor became the fastest American woman to ever win the race. In 2012, the marathon was cancelled due to the aftermath of Hurricane Sandy. However, many runners still traveled around the area in an effort to help those in need of recovery from the storm’s devastating effects. 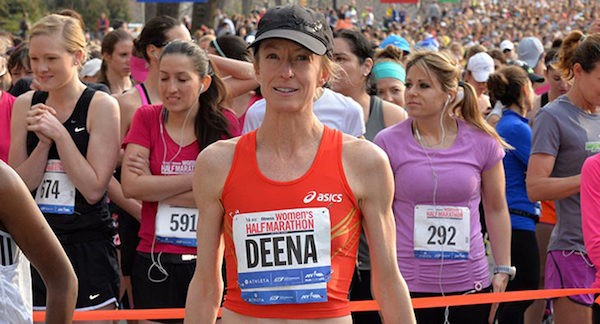 The race has also taken measures to become more environmentally friendly over the years. This green initiatives have had stellar results so far. In 2014, the NYC Marathon donated more than 400,000 pounds of clothing and food to those in need. The clothing items were donated to local Goodwill stores in the greater New York area and the food was donated to City Harvest in an effort to keep the city’s homeless population from starving during the colder winter months. Runners participating in the race are also encouraged to use public transportation in order to reduce toxic carbon emissions.

Summer Cooking Classes at the JCC