Home
Community
NYC Will Not be A One Horse Town

In “Bridges of Central Park Part Two” (published in 2001 by an unidentified author for forgotten-ny.com), Claremont Arch is described as being “one of the hardest Arches in Central Park to spot, especially in spring and summer.”

I have been to each of the bridges discussed in part one and part two of that publication and I concur, Claremont Arch is very easy to miss.

Even though I took a picture of it on this past second Sunday of December, a time when flora is not so lush, I nearly missed it too.

I can well imagine the difficulty in finding this arch during spring and summer when nearby flora is in bloom.

The aforementioned article’s description of this structure goes on to say, “Claremont Arch is relatively new, having been built almost 30 years after the opening of the Park.”

In order to go there, I walked along the service road at 90th Street at Central Park West.

That area of CPW is also part of the Central Park West’s Historical District (an area I’ve discussed in a two part article – here is part 1 and part 2).

Now getting back to details of the arch: The designer remains unknown and it is constructed with Manhattan schist.

This rock type was formed about 450 million years ago, making it the second oldest of New York City’s bedrocks.

The anonymously designed arch is named for the now-closed Claremont Riding Academy on West 89th Street.

According to forgotten-ny, “Equestrians often ride on top of this arch in order to access the bridle path, which runs along West Drive here (and) as of mid-2001 the pedestrian path under the arch was inaccessible.”

My apartment was on the ground floor facing the street and hence facing the Riding Academy. It also faced my building’s garbage cans that were there for use by residents as well as rodents whose presence was blamed on conditions at the stables.

I’m not even sure of how long I lived there but I am sure of why I moved out for that action was prompted by discovering large rat carcasses behind the refrigerator.

For the short time that I did live there — in spite of my discovering dead rodents —it was nice seeing the Academy’s reflection on the glass doors of the building’s front door and also to see the horses trotting towards the park. 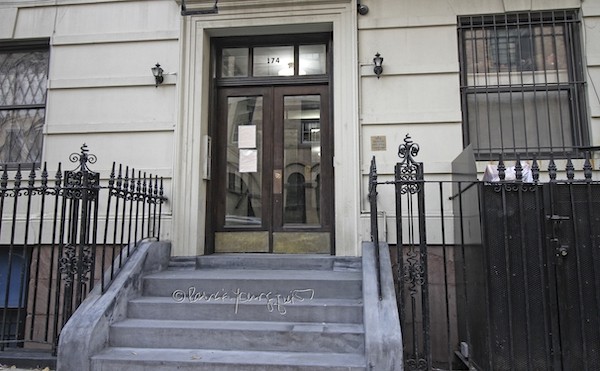 The stables and academy closed in 2007. At that time it was said “Paul Novograd, whose reluctant decision to shutter his family’s century-old Claremont Riding Academy turned Manhattan into a no-horse town.”

Novograd said “the decision to close resulted from financial pressures and the diminished usefulness of Central Park’s 4.25-mile bridle path, which is often crowded with pedestrians and cyclists”.

Sadly like The Stables, Paul Novograd is no longer with us. He died ten years after the closure of his Claremont facility.

With the closing of the Claremont Riding Academy and the subsequent death of Novograd, recreational riders in Central Park felt they had no nowhere to turn — until an agreement was announced by the Parks Department and reported to the general public throughout various media outlets including an article by Sewell Chan.

Chan explains the “Riverdale Equestrian Center* stepped in to offer horseback riding by appointment at the North Meadow Recreation Center, off of 96th Street in Central Park.”

Chan also warns his readers “the riding will not be cheap; a guided trail ride costs $100 an hour.”

Additionally, Chan notes “In keeping with its 150-year equestrian tradition, the parks Adrian Benepe, (the commissioner, at the time of the initial news release) said in a statement. ‘Just as the first visitors to Central Park did, you can now ride a horse along the four miles of bridle paths — one of the best ways to get out and enjoy the peace and serenity of the park.’”

Benepe also reminded the public of the fact that “on the path’s three sections –- the 1.65-mile Reservoir Loop, the 1.1-mile North Meadow Loop and the 1.5-mile Southern Spur — you are far more likely to find joggers, cyclists, dog walkers and stroller pushers than to see a recreational horse.”

A you tube video produced by a tourist confirms the better of the types of experiences Benepe describes.

However, long before (since 2010) the Riverdale  Equestrian Center came on board, Claremont has belonged to the Stephen Gaynor School. 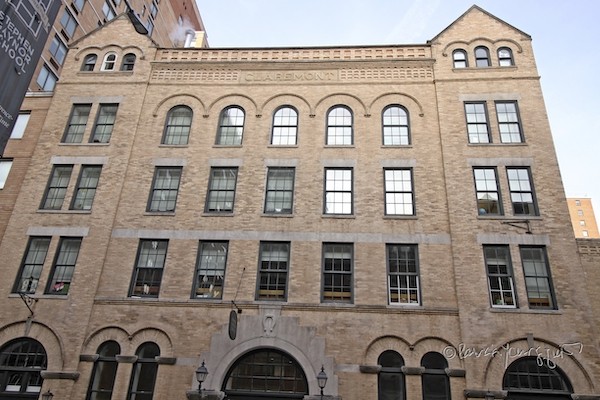 Fortunately, the building that once housed the stables and the riding academy is listed on the National Register of Historic Places in 1980 and designated a New York City Landmark in 1990 which means its structure will not be altered. 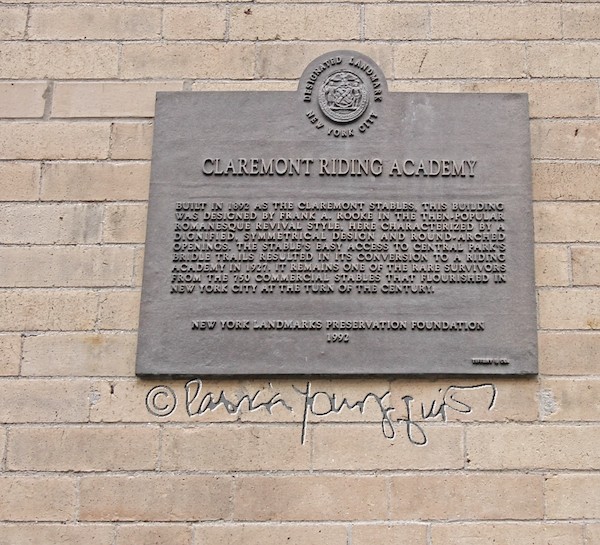 Unlike Central Park’s well hidden Claremont Arch, the facility at 175 is very noticeable, insuring history is not forgotten to all who pass by.