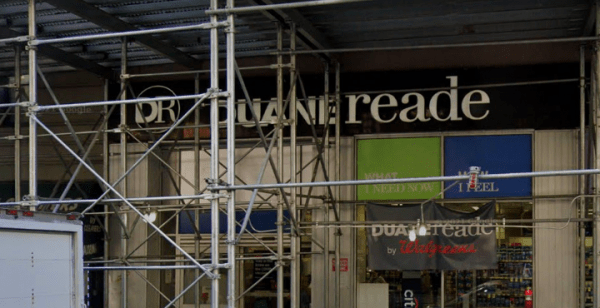 An early morning argument between a 42 and 66-year-old man quickly escalated to a stabbing, which then led an off-duty police officer to fire his gun at the suspect, multiple publications report.

The fight began around 7am on Friday, January 28 inside the Duane Reade drug store at 2522 Broadway at 94th Street. An off-duty officer, who was working as a security guard, told the two men – who multiple sources say may have been fighting over shoplifting – to take it outside. Once outside, the 42-year-old stabbed the older man and fled on foot.

The off-duty cop chased the suspect and caught him on 94th and Amsterdam, at which point the suspect refused to relinquish his knife. The officer then shot the suspect in the stomach.

Both the suspect and victim are reported to be in stable condition.

Several videos showing police at the scene were shared on the Citizen App:

Manhattan’s Last Phone Booths All on the Upper West Side