Home
Events
Oktoberfest on the Upper West Side

Oktoberfest on the Upper West Side is here. That special time of year when drinking a nice cold beer and munching on a giant pretzel is encouraged and not frowned upon. Enjoy one of the fall’s season liveliest outdoor festivity as Bavaria takes over New York City from September 17 to October 3. There are plenty of options for Upper West Siders to partake in the fun without having to leave the neighborhood. Check them out by reading on!

On September 17, Central Park’s Rumsey Playfield will become the site of one of the biggest NYC Oktoberfest events. The festival kicks off at 1.30pm and tons of German beers and food will be served until 7.30pm. German-American band Spitze! and the Polka Brothers will be playing live music as they energize concertgoers with their explosive sound. Make sure not to miss the annual Muasskrugstemmen Championship. The one-of-a-kind challenge sees competitors trying to hold a beer mug of Hofbrau for as long as possible. Celebrate the largest beer festival in the world in true Bavarian fashion! 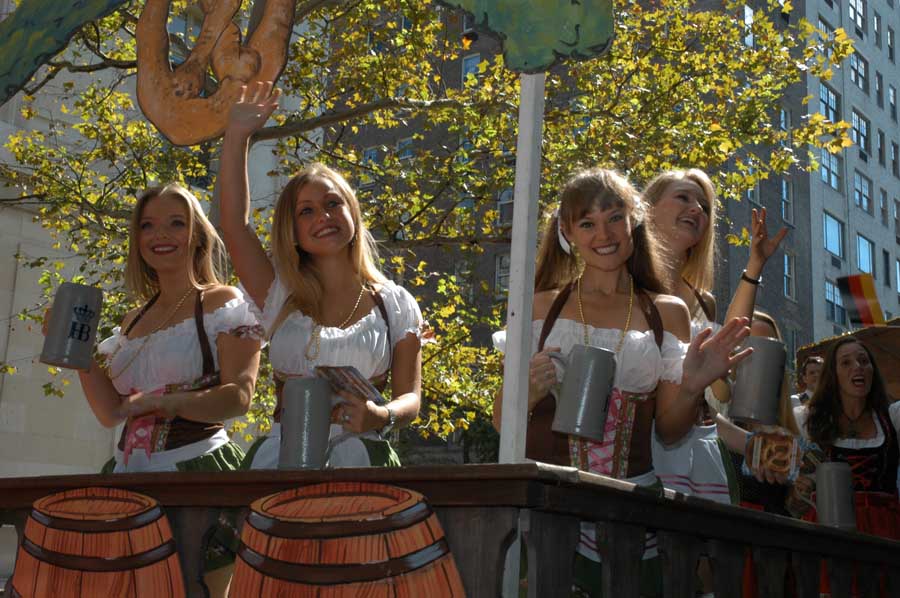 Visit Bier International on Oktoberfest if you’re longing for the warm hospitality Germany is known for. This festive beer garden counts with 18 international drafts and 20 bottled beers. They’ve also got plenty of local brews on tap. The delectable food menu combines classic fare from European countries such as Germany, France, and Belgium with a fusion from Latin American countries like Mexico and Brazil. Each dish comes with a suggestion for a beer pairing in order to enhance the meal’s flavor.  Order the Zwick’l if you’re in the mood for a dark colored kellerbier that’s accentuated by a light tinge of sweet caramel and malt. Or go for a Veltins, an authentic German Pilsener that’s got a earthy taste with a herbal hops aroma and slightly sweet aftertaste. 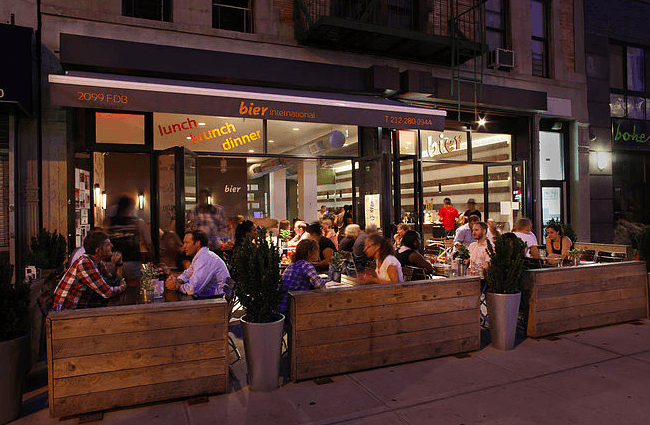 The legendary Upper West Side institution has got some of the best kosher sausages in town. For an epic Oktoberfest celebration, make sure to order two knockwurst or three frankfurters (grilled or boiled) that come with a choice of either baked beans, potato salad, or french fries. You can order them to dine in or to go. You can also try their delicious deli kosher platters, briskets of beef, chicken in the pot, or stuffed cabbages. Dishes such as the Hungarian beef goulash with broad noodles and the broiled Romanian tenderloin steak will transport you right to the heart of Eastern Europe. Fine & Schapiro has been the neighborhood’s Jewish Kosher Delicatessen Deli for more than 80 years and it still is widely regarded as one of the finest kosher establishments in Manahttan. 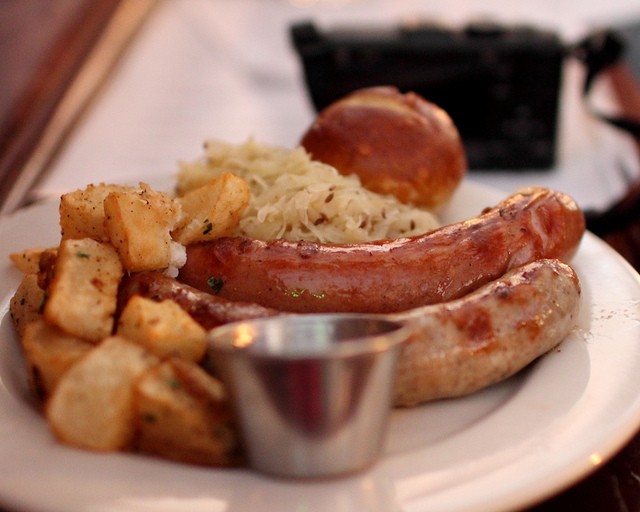 The Upper West Side’s premier beer garden and hall is the place to be for Oktoberfest. Their eclectic menu features beers from the US, Belgium, Germany, and Scandinavia. They’ve got 30 bottled beers and 20 draught beers and ciders. From Schofferhofer Grapefruit Hefeweizen to Krombacher Helles Lager, West End Hall’s complete bottle list is likely to have what you’re looking for. The quality of the food is outstanding and appetizers like the giant pretzels served with cheddar sauce and spicy mustard are real crowd pleasers. The menu at West End Hall also offers a varied selection of international sausages that rival the taste of those to be found in Munich. Grab a group of friends and celebrate German culture at one of the neighborhood’s best kept secrets. 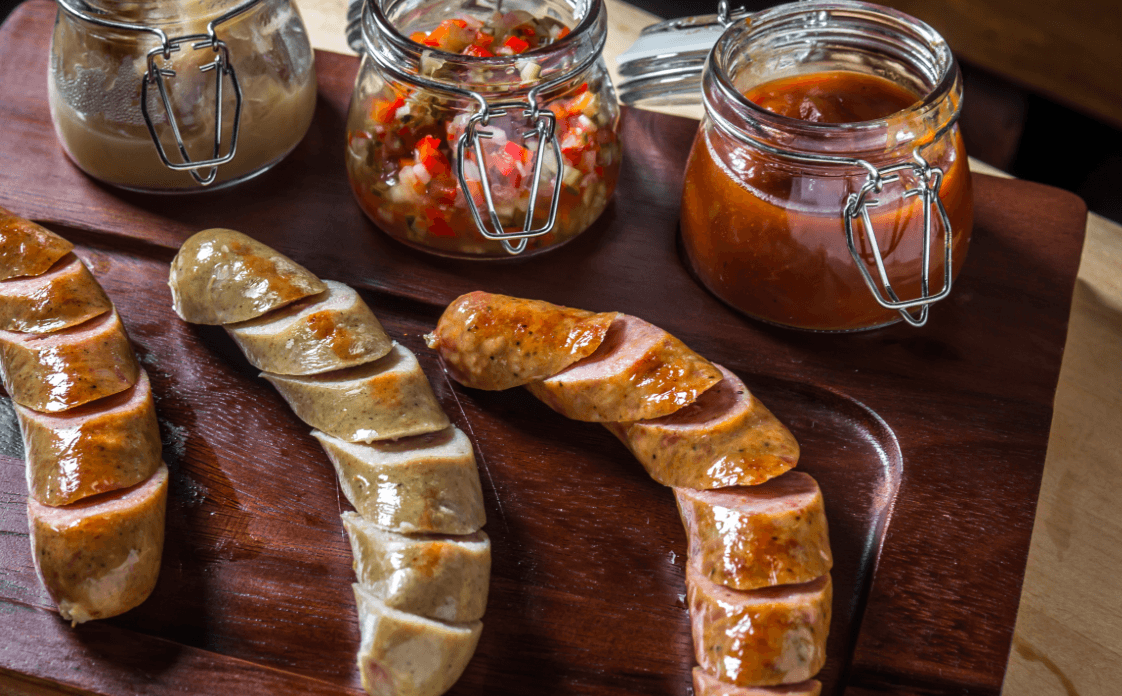 Jacob’s Pickles is a great spot to visit during the Oktoberfest season. Their beer brews and artisanal craft beers are nothing short of exceptional. They’ve also got rotating flights where you can sample a few of your favorite beers all at once. The menu is inspired by Southern-style cuisine and prides itself on offering quality comfort food. Start off by ordering their famous hot sour pickles and then try the fried chicken sandwich smothered in sausage gravy. Each sandwich also comes with a side of grain miller organic cheese grits. Finish the meal off by trying the deep fried oreos served with a sweet dipping sauce on the side. Sounds divine! 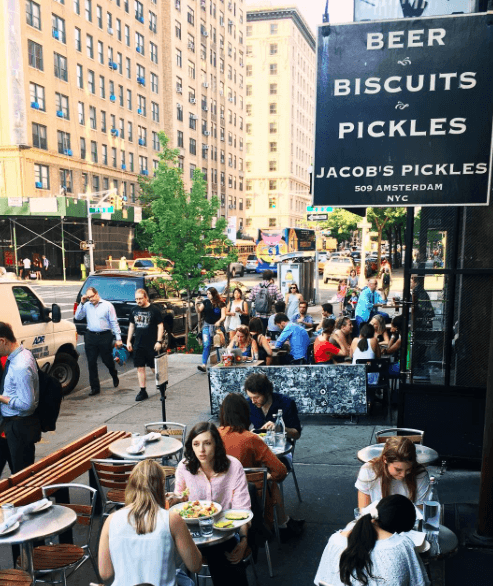 June Solstice on the Upper West Side