Home
Food & Drink
Oldest Bars of the Upper West Side

The Upper West Side has a rich history, and its watering holes are no exception. Here are five bars which have stood the test of time.

Dublin House first opened during the Prohibition era of the 1920s, officially opening as a legal pub in 1933. It’s easily recognized by its neon harp sign (even by those who’ve never walked in). This true Irish bar is perfect for those looking to escape to simpler times. During the winter they offer classic warm concoctions like Irish coffee, mulled cider and hot toddies. The beer list is pretty simple. Which might just add to those “simpler times” you’re looking to experience. thedublinhousenyc.com

Established as Sweeney’s in the 1930s, then Westside Brewing Company from the 1950s, and more recently renamed Amsterdam Ale House. When this bar was first established in the thirties, the Upper West Side had cobblestone streets, and the bar was adorned with stained glass windows from Tiffany’s.  The cobblestones are gone, but the stained glass windows still remain today. Today, Amsterdam Ale House is an excellent option for those seeking an extensive beer list. amsterdamalehouse.nyc 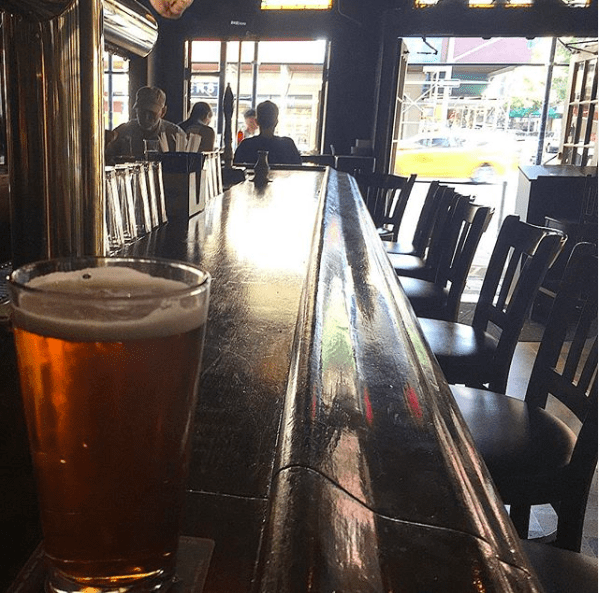 The Emerald Inn has been owned by the same family since its founding in 1943.  It was located between 69th and 70th Street until 2013, when the landlord nearly doubled their rent, at which time they moved to a new location on 72nd Street. A low-key, no-frills watering hole, it was the filming location of the Christmas Eve scene of the 1960 film The Apartment, and saw celebrities such as James Gandolfini and Regis Philbin, and star classical singer Bryn Terfel. Stop by Emerald Inn for some burgers and wings! emeraldinnny.com

We called the bar twice and spoke to two different people, neither of whom knew the date Malachy’s was established. But according to Sideways NYC, the no-frills dive bar first in 1989 (though it existed earlier as Blarney Castle). Head to this Irish standby for reasonably priced drinks and a standard but quality bar menu. Malachy’s takes up a small sidewalk footprint on the northwest corner of 72nd and Columbus. facebook.com/malachyspub/ 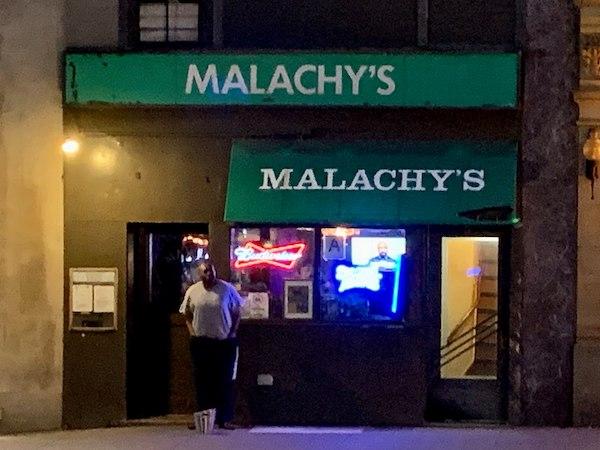 Dive Bar’s original location on Amsterdam and 96th Street was founded in 1989. Today, the Upper West Side has four Dive Bars! The original spot – which earned a place in our list of best UWS bars – comes with 43 beer taps and tons of bottles, a popular poutine, delicious wings and weekly trivia nights. divebarnyc.com/dive96/ 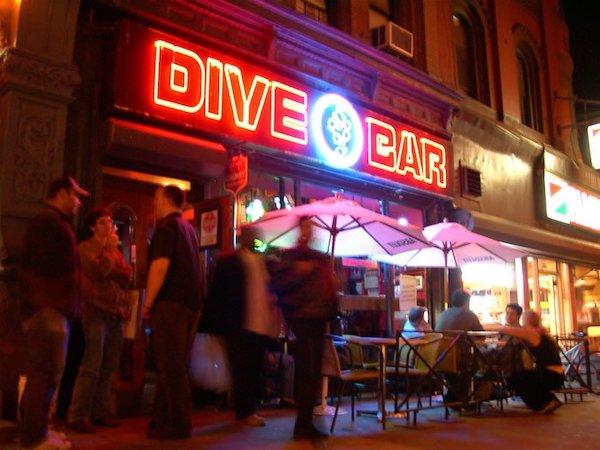